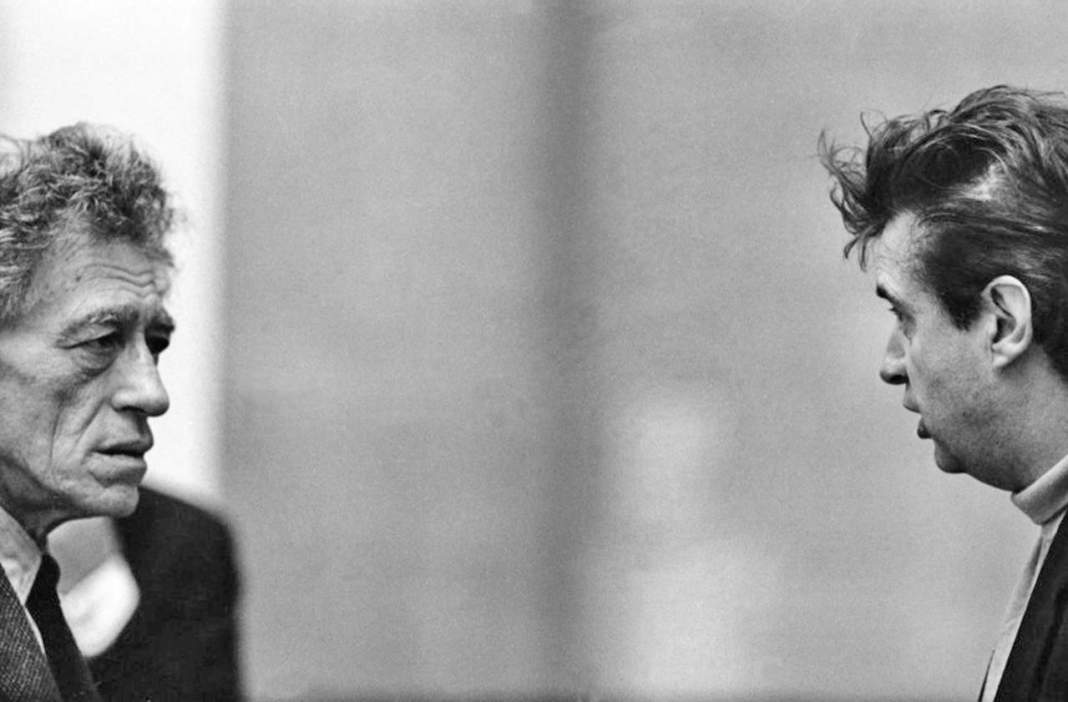 Facebook
Twitter
Linkedin
Pinterest
WhatsApp
Email
Print
In the spring and summer of 2018, Fondation Beyeler will be presenting two extraordinary protagonists of modern art. Alberto Giacometti (1901–1966) and Francis Bacon (1909–1992) were friends and rivals whose creative visions shaped art from the latter half of the twentieth century to the present day. This is the first time that a museum exhibition is being devoted to shedding light on these two artists and their relationship to each other. Although their respective artistic oeuvres differ greatly at first glance and appear autonomous, the exhibition reveals commonalities and amazing parallels between them. Presented together, their lives and creative personalities will be seen a new light. While the individualists Giacometti and Bacon perceived each other like signal emitting lighthouses, the curators Catherine Grenier, director of the Fondation Giacometti in Paris, Michael Peppiatt, Bacon expert and a personal friend of the artist, as well as Ulf Küster, curator at the Fondation Beyeler, make astonishing parallels visible in this exhibition encompassing circa 100 works. Bacon and Giacometti shared an unshakable belief in the importance of the human figure and the role played by the old masters they both studied, copied and paraphrased. Both were interested in the problem of the two-dimensional and threedimensional representation of space, integrating cage-like entities into their works as a means of isolating figures in their surroundings. Both occupied themselves with the fragmented and deformed body and also shared an obsession with portraiture in addition to the associated depiction of human individuality. Both characterized themselves as ‘realists’. And although the human figure always served as a benchmark in their work, they each raised its level of abstraction to an extreme in his own way. By doing so, they called the antithesis of figuration and abstraction into question that was of such central importance for the history of modern art.

The painter Isabel Rawsthorne played a key role in the relationship between Giacometti and Bacon. She was a close friend of both artists and was also the former’s lover for a while. She posed for both and also served as their muse. Like Giacometti and Bacon, she was also fascinated by the abysses of the human character. The dark sides of sexuality, loneliness and melancholy, the tendency towards excesses: Giacometti and Bacon exude a fascination that not only comes together in the person of Rawsthorne but also has a much more far-reaching impact. The position of the artist as an extreme borderline figure in society is made particularly evident in the ‘Bacon Giacometti’ exhibition. Their very small and sparse studios were very special places for Bacon and Giacometti; chaotic spaces from which great art emerged. It has been possible to obtain loans of works by Francis Bacon from major private collections and renowned museums from around the world, including the Art Institute in Chicago, the Museum of Modern Art, New York and the Centre Pompidou, Paris. The Giacometti loans come almost entirely from the Fondation Giacometti in Paris. They include numerous original plaster sculptures from the artist’s estate that have never before been shown in public.