Home Architecture At MAXXI in Rome, an exhibition dedicated to the fortieth anniversary of... 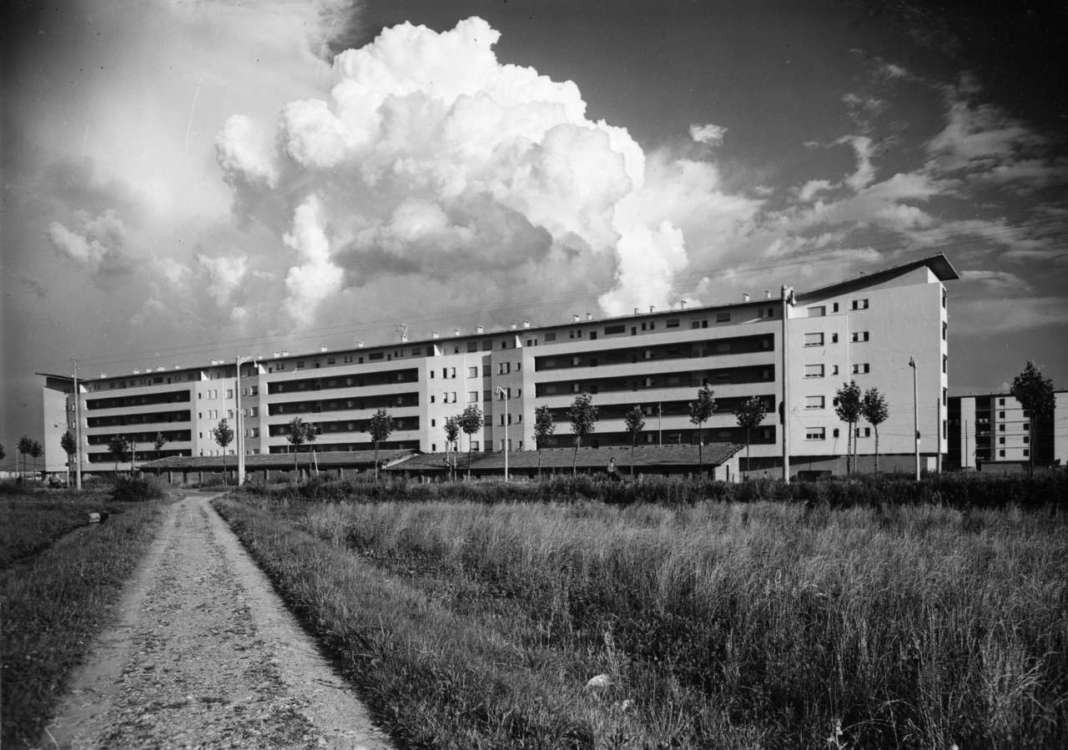 Architect, designer, art director, writer, poet, critic: Gio Ponti was a 360-degree artist who crossed almost the entire 20th century, deeply marking its taste, reflecting its most significant instances and anticipating many themes of contemporary architecture.
Forty years after his death, the MAXXI Museo nazionale delle arti del XXI secolo dedicates a major retrospective to this exceptional figure, who studies and communicates, starting with the story of his architecture, his multifaceted activity, a unique and original synthesis of tradition and modernity, history and design, elite culture and everyday life.
The exhibition, whose title is GIO PONTI. Loving architecture echoes that of his best-known book, Amate l'architettura, in the scenic Gallery 5 at MAXXI from 27 November 2019 to 13 April 2020, curated by Maristella Casciato (Senior Curator of Architectural Collections at the Getty Research Institute in Los Angeles) and Fulvio Irace (architecture critic and historian) with Margherita Guccione (MAXXI Architecture Director), Sal- vatore Licitra (Head of Gio Ponti Archives), Francesca Zanella (President of CSAC) and is carried out by MAXXI in collaboration with CSAC - Centro studi e archivio della comunicazione dell'Università di Parma - which preserves the professional archive of Gio Ponti - and Gio Ponti Archives.
Main partner Eni. For Giovanna Melandri, President of the MAXXI Foundation, "To celebrate the greatness of Gio Ponti means to be able to merge into a legacy that has no equal in terms of versatility, inspiration and application. Private buildings and public commissions, companies and places of study, objects of daily use and furnishings for offices and ships, cathedrals and museums, alternate in a research, never dogmatic or ideological, in which dialogue classicism and modernity, national landscape and urban horizon, social vocation of space and preservation of beauty. Margherita Guccione, MAXXI Architecture Director, says: "Neither classic nor modern, Gio Ponti's work has been unique in the history of twentieth-century Italian architecture, a century that the architect has gone through almost entirely, passing from the design of the object of daily use to the invention of spatial solutions for the modern home, to the realization of complex projects in the urban context, always keeping architecture at the centre of his research, the scenario and rescue of our lives". The exhibition is the result of careful research, which aims to update knowledge about the figure of Ponti architect, highlighting some of the guiding themes of his long career and his extraordinary ability to foreshadow spaces and motifs of contemporary architectural research: the aspiration to verticality and law through the dematerialisation of facades, the conception of a green city in which Nature is fully included in the agenda of urban planning and architecture, the flexibility of domestic spaces capable of adapting to the needs of their users, are undoubtedly themes that more than half a century ago anticipated, with unprecedented clarity, the tones of today's sensitivity.
The exhibition Exhibits archival materials, original models, photographs, books, magazines, design classics closely linked to his architectural projects and organized into eight sections that evoke key concepts expressed by Ponti himself. The installation is immersive and scenic and suggests the idea of the space of the master: fluid, dynamic, colorful. Already in the lobby of the museum, the visitor is welcomed by a powerful installation of large banners in Alcantara, suspended in the full-height spaces of Zaha Hadid, which reproduce stylized facades of skyscrapers and evoke the skyline of a never-before-seen pontian city.
Leaving the elevators leading to Gallery 5, on the third floor, the reproduction of the fantastic yellow used for the floor of the ramp immediately takes the visitor inside the most famous pontian skyscraper: the Pirelli skyscraper in Milan.
Before entering the Gallery, Thomas Demand's photographic project recounts the exceptional models of vertical buildings preserved in the CSAC archive and on display in the exhibition.
Inside the Gallery, the section Towards the exact house traces the theme of the house, central to Ponti's research for the definition of a space suited to modern life: and here are the first typical Milanese Domus, the projects for The suitable house exhibited at Eurdomus in 1970 and, above all, the synthesis of many reflections carried out over time by the architect: his apartment in Via Dezza in Milan.
The path continues with a focus on the Classicism of design that Ponti has had over the years Tren- ta, when important clients have given rise to imposing projects on an urban scale, such as the School of Mathematics in Rome, 1934, or the two Montecatini Palaces in Milan, of the 1936 e del 1951. 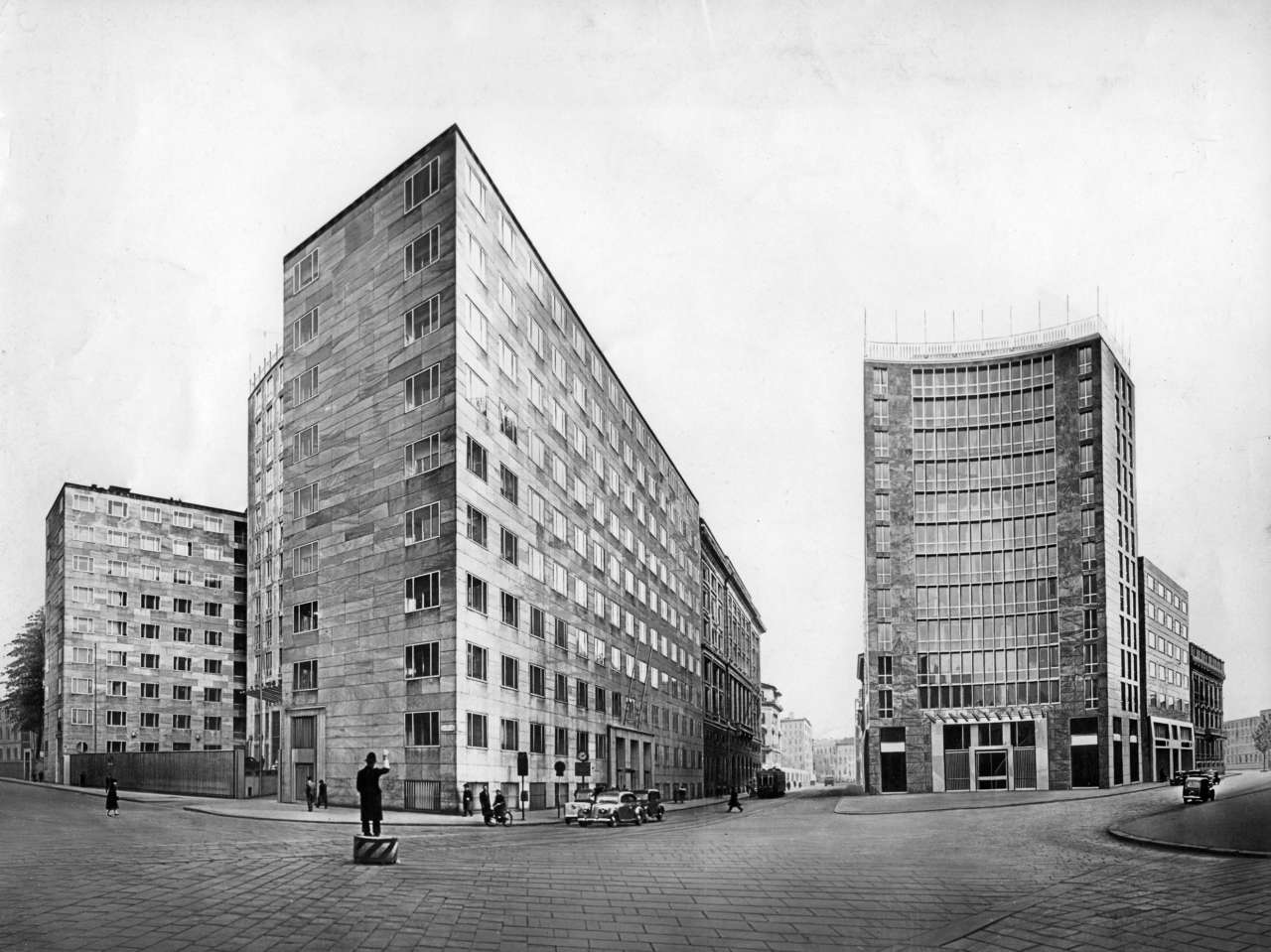 The osmotic relationship between architecture and nature is explored in Abitare la Natura, where projects along the Mediterranean coasts (Villa Marchesano in Bordighera, 1938, Hotel Parco dei Principi in Sorrento, 1959) and more organic and almost intimate projects, such as the house called Scarabeo sotto la foglia and the villa for Daniel Koo in California, find their place. Then we arrive at the most famous buildings - documented in the section Architecture of the surface - which are expressed in a design thought that thinks in terms of picturesque planes and volumes, where the facades are two-dimensional surfaces to be pierced and folded like sheets of paper. These include the famous Villa Plan- chart in Caracas (1953-57) or the Italian Cultural Institute in Stockholm (1958), works that also attest to the international calibre now achieved by Ponti's work. Architecture is a crystal is the aphorism that celebrates the planimetric idea of the closed, finished form, which gives life to a plant as multifaceted as a crystal. This section brings together a number of major works such as the Denver Art Museum (1971) and the church of San Carlo Borromeo in Milan, but also small-scale projects, underlining Pontian ease in moving from the urban to the design dimension, within a single, coherent and integrated concept of the project. The drawings for Christofle's cutlery, Marazzi's waxworks, Olivari's handles, Ideal Standard's washbasins, Cassina's Superleggera chair and even the model of the bodywork for a car of a line not by chance called Diamante are exhibited. Lightness and dematerialization of the elevations characterize the Light Facades section, with the Concattedra- le of Taranto (1970) , the Department store of Bijenkorf in Eindhoven, the Palaces for the Ministries of Islamabad. The exhibition closes with the same unprecedented suggestion with which it opened, namely the papal city, made up of skyscrapers that develop in height and reduce the occupation of land to leave room for greenery. This image emerges strongly in the sections Apparitions of skyscrapers and The Show of Cities, hosted right where Zaha Hadid's MAXXI most closely resembles his city, that is, close to the large window that closes Gallery 5 of the Museum and opens up to the panorama of twentieth-century Rome. 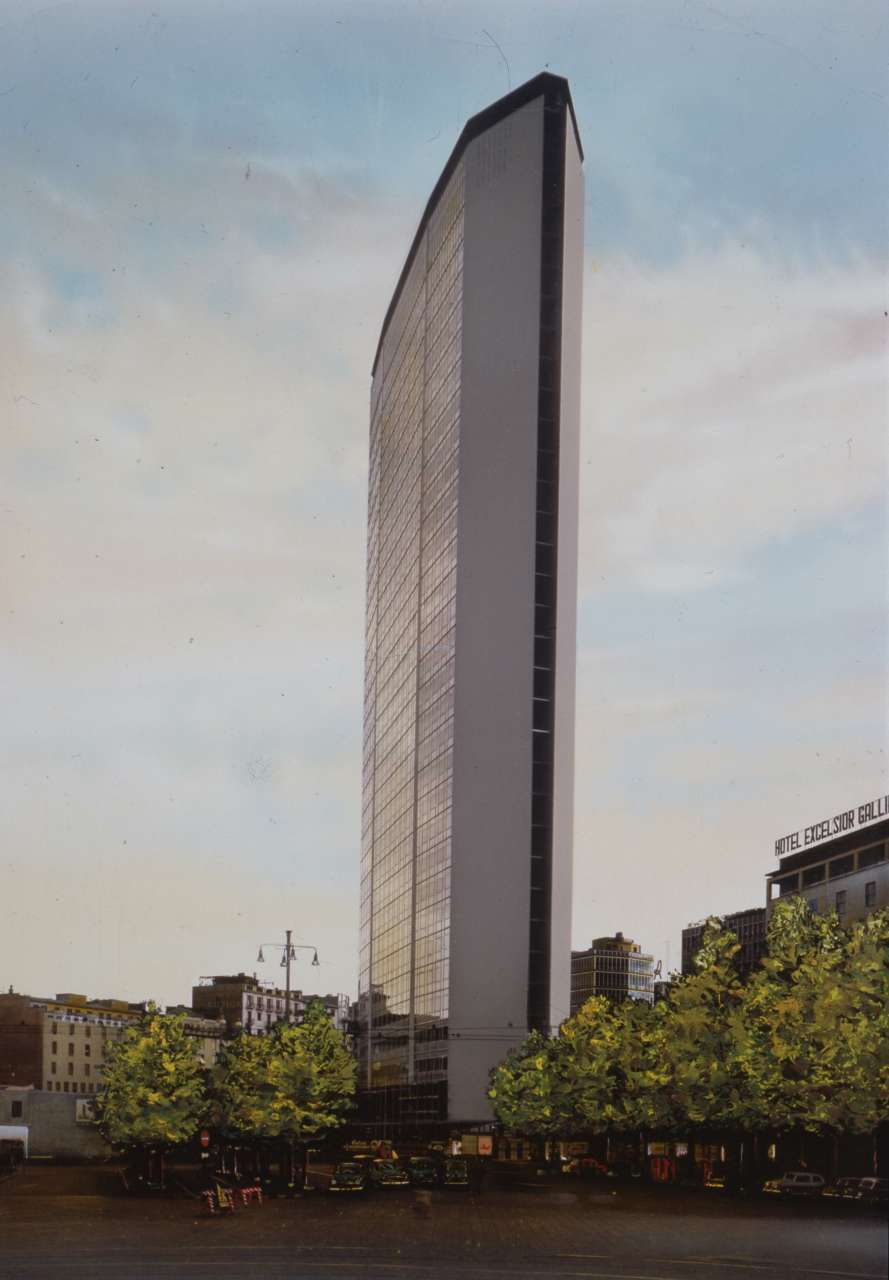 Next to the skyscrapers and the city, as a demonstration of a thought that goes seamlessly from the urban context to the domestic environment, there is the reading room, which recalls the interior of the house in Via Dezza, with the reproduction of the ceramic floor made for the occasion by Ceramica De Maio and the pre- without furniture designed by Ponti and produced by Molteni. The exhibition is enriched by a sort of exhibition in the exhibition thanks to a project of photo-graphical commissioning conceived and curated by Paolo Rosselli who, together with seven other authors chosen by him, has given life to a series of contemporary looks on as many pontian works, showing their lives today.
Delfino Sisto Legnani confronted himself with the co-cathedral of Taranto; Allegra Martin with the Hotel Parco dei Principi in Sorrento; Giovanni Chiaramonte with Villa Planchart in Caracas; Filippo Romano with the department store de Bijenkorf in Eindhoven; Giovanna Silva with Il Liviano (Faculty of Letters) and Palazzo del Bo (Rector's Office), University of Padua; Michele Nastasi with the first and second Montecatini buildings in Milan; Stefano Graziani with the School of Mathematics in Rome; Paolo Rosselli with the Pirelli Skyscraper in Milan.