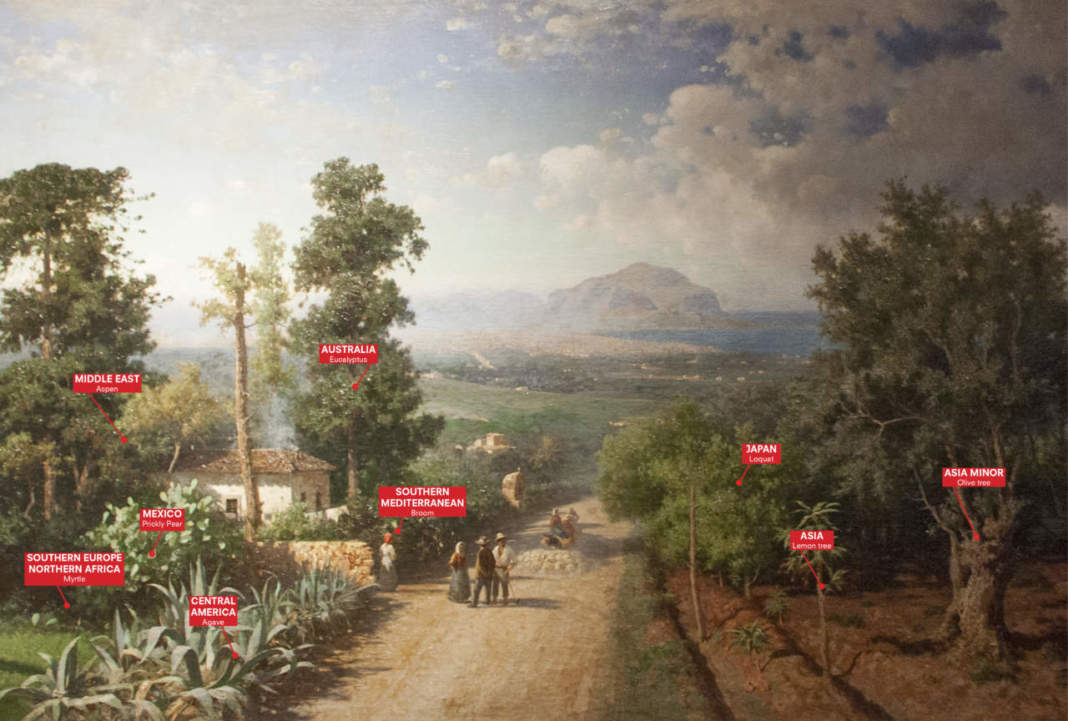 Manifesta 12 Creative Mediators Bregtje van der Haak, Andrés Jaque, Ippolito Pestellini Laparelli and Mirjam Varadinis have unveiled the concept for the upcoming Manifesta 12 biennial in Palermo, opening on 16 June 2018 until 4 November 2018.
The concept was announced during a press conference in Rome on 27 November, with introductions by the Italian Minister of Cultural Heritage and Tourism Dario Franceschini, the Director and Founder of Manifesta Hedwig Fijen, the Mayor of Palermo Leoluca Orlando, and Palermo’s Councilor of Culture Andrea Cusumano.
Manifesta 12, taking place in Palermo in 2018, is the latest installment of the world’s only nomadic biennial of contemporary art and culture.
Titled “The Planetary Garden. Cultivating Coexistence”, the concept explores coexistence in a world moved by invisible networks, transnational private interests, algorithmic intelligence and ever-increasing inequalities through the unique lens of Palermo – a crossroads of three continents in the heart of the Mediterranean. Closely collaborating with Palermitan partners, Manifesta 12 will co-inhabit Palermo as a laboratory to investigate the challenges of our time and look for traces of possible futures.
From Ljubljana in 2000, Trentino and South Tyrol in 2008 and Saint-Petersburg in 2014 to Manifesta 12 Palermo in 2018 and Manifesta 13 Marseille in 2020, Manifesta has consistently chosen unexpected host locations that reflect the changing DNA of Europe and shed new light on its key issues and transformations.

Throughout history, the City of Palermo has been a laboratory for diversity and cross-pollination, shaped by continuous migration. In the 1875 painting by Francesco Lojacono, View of Palermo (in the collection of the GAM Museum in Palermo), nothing was indigenous.
Palermo is an excellent host city in this context, allowing Manifesta 12 to continue its story of decoding Europe. On the one hand, Manifesta 12 will investigate contemporary challenges from Palermo’s perspective as the Mediterranean hub. On the other, it will attempt to mobilise the existing energy of the city through intensive education programmes, Manifesta’s international network and long-term projects that will kick-off during the biennial but, hopefully, create a sustainable impact after Manifesta.
"As a widespread and participatory event, Manifesta 12 will provide a great opportunity to deeply engage with the social realm of Palermo, its different neighbourhoods and all its citizens. It will undeniably contribute to making Palermo not only a capital of Italian culture, but also a capital of European culture at large." according to what the Councilor of Culture of the City of Palermo, Andrea Cusumano, said.
Like the botanical garden of Palermo, founded in 1789, Palermo is like a laboratory to nurture, test, mix and gather diverse species. Inspired by Palermo’s Orto Botanico, Manifesta 12 will look at the idea of the “garden”, exploring its capacity to aggregate difference and to compose life out of movement and migration.

Gardens are places where diverse forms of life mix and adapt to co-exist.

“The Planetary Garden. Cultivating Coexistence” will host 4 main sections, each touching on key topics of the concept: Garden of Flows, Out of Control Room, City on Stage and Teatro Garibaldi as the main center of Manifesta 12 (currently hosting a pre-biennial programme “Aspettando Manifesta 12” – Waiting for Maniefsta 12).
The Manifesta 12 concept was extracted from the city itself through a preliminary phase of investigation, Palermo Atlas, by OMA, in particular by the architect in charge Ippolito Pestellini Laparelli. It was the first time that Manifesta had kicked-off the biennial with a research by an architecture office.
The goal was to have a deeper understanding of social, cultural and geographical textures of the city; highlight its existing opportunities; and provide a source for audiences to understand contemporary transformations through “the eyes” of Palermo.
Along with the biennial programme itself, Manifesta 12 parcours will invite local and international audiences to discover the material and immaterial heritage of Palermo. Visitors will have a choice of enjoying an accessible and walkable parcours or venturing further into the city to explore some of the long-term projects designed to create a tangible legacy for Palermitans.  One of the key characteristics of “The Planetary Garden” concept and Manifesta 12 at large is an interdisciplinary approach. In fact, Manifesta 12’s main objective is to act as an incubator for Palermo and engage with local groups and professionals who are involved in local production, activism and cultural collaboration.
The venues chosen for Manifesta are: Teatro Garibaldi, Piazza Magione, Chiesa dei Santi Euno e Giuliano, The Botanical Garden, and Palazzo Butera.
For more info visit: www.manifesta12.org