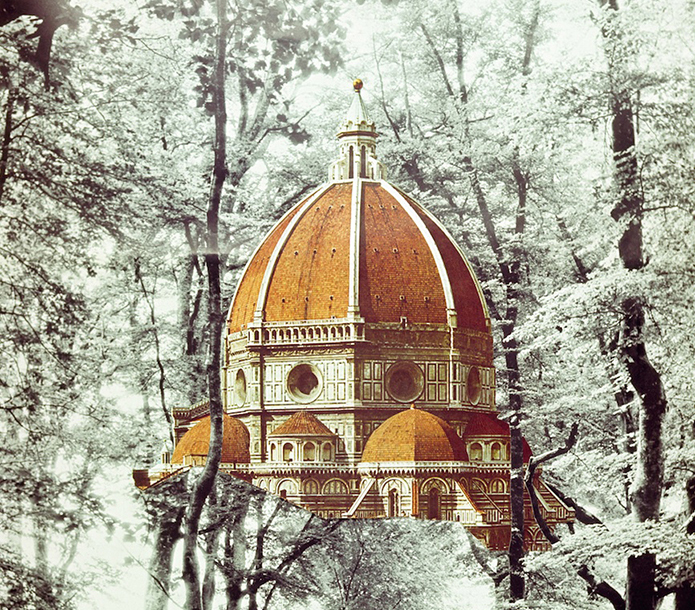 Firenze e le avanguardie Radicali. Progetti, azioni, super-visioni, oggetti extra  is an exhibition and a seminar focused  on the Radical experiences developed in Florence that started in the mid-sixties and carried on to the mid-seventies.
Through research, modelling, drawings and video interviews, the exhibition reconstructs the historical events of the Radical movement born  in Florence’s Faculty of Architecture during the sixties. The movement started with some students’ experimental thesis projects, which later became the undisputed protagonists of the florentine Radical avantgarde: Archizoom, Superstudio, UFO, 9999, Zziggurat, Gianni Pettena, Remo Buti.

The Radicals’ ideas were revolutionary and were born from the need to contrast and go beyond the old traditions, enhancing concepts of teamwork and collective participation. They gate crashed urban spaces with provocative visual messages aimed against the traditional city as well as promoting alternative ways of living. These actions contributed to consecrate the Radical movement’s international success.
Florence, the historical city par excellence, became the starting point for the Radical ideas to spread globally through the most famous architecture, design, art and literature magazines, investigating the future of a society perpetually poised between democracy and bureaucracy.

Inaugurated on the 9th of July 2015, the exhibition is open till the 1st of August at Le Murate. On the 14th of July a seminar was organised with the participation of the radical architects Lapo Binazzi, Alberto Breschi, Fixed Gilberto, Carlo Caldini, Adolfo Natalini, Piero Frassinelli and Gianni Pettena whose works had characterised the Radical avantgarde.