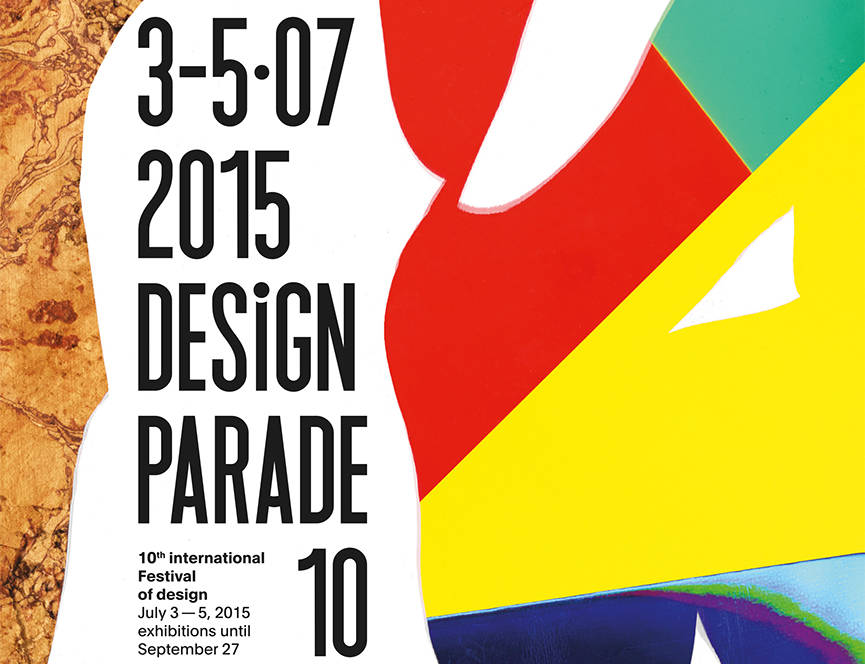 International competition dedicated to young designers, the Design Parade festival offers exhibitions and meetings at Villa Noailles, Hyeres in France, which continues its assistance to young artists and develops a platform where creators, journalists, professionals and audiences involved in the design meet.

The villa, constructed between 1924 and 1932, is a fine exemple of Robert Mallet-Stevens’ architecture. Commissioned by Charles and Marie-Laure de Noailles, it received and hosted many of the Avant-Garde of the 20th century. This led it to become an artistic hothouse that lasted until the 1970s. Since 2003, villa Noailles became an art center. Through a variety of temporary exhibitions it displays and offers its support to contemporary works from the fields of fashion, photography, design and architecture.

The center organises 3 festivals : The International Festival of Fashion and Photography in Hyères, launched in 1986, Design Parade launched in 2006, and Pitchouns launched in 2011. A permanent exhibition, dedicated to Charles and Marie-Laure de Noailles and their exceptional life as patrons.

This 10th edition of the Design Parade  is represented by the jury’s president French designer Pierre Charpin. On 20th May, 2015 the jury has selected 10 designers who will be in Hyères during the festival. Over  270 applications from 34 countries has been sent among which, 10 competing designers will present their works in a collective exhibition, open from July 4 to September 27. The Grand Prix of the jury will be given on Sunday July 5 in the villa Noailles, after the meeting between the members of the jury and the shortlisted designers. “Through Grid System, Ying Chang aims to develop  out of the classical design of a two dimensional  table, that of a plateau without depth resting upon a base. The net area of this essential piece of  furniture might however extend in three dimensions, compiling the numerous functions afforded to it by our contemporaries (eating, working, storing, exhibiting, etc.). The designer wishes to free herself of conventional uses and contexts in order to conceive a universal and progressive piece of furniture which could be a docking station for temporary needs.” “The two designers share at least twopoints in common: mountains and design. They founded their studio in 2012 furthering their research on folding which they started during their studies. After their debut success of a folding boat and controls for the automotive industry and equipment for construction sites, they changed typology and took on a symbol of their childhood: sleds.” “This project is first of all a reflection on materials, relying upon a collaboration between humans and animals. Marlène Huissoud grew up amongst a family of beekeepers. This context kindled her curiosity for productions created by insects, and incited her to transfer it into other uses.” “His past, as a graphic designer, steers him towards a hybrid work, between the flat and the three-dimensional, and this is naturally what interested him in the technology of roll-to-roll processing in order to create an eponymous series of headphones.” “Christophe Machet shares the ecological sensibilities of his generation; though it is not ostensibly asserted, it is inscribed into all of his acts of creation. He generally starts by developing a device in order to exploit freely available resources within the domains that he explores.”

Project name: every cone, every torus, every cylinder “Light as a vector, as a fundamental element which determines our perception of space and our relationship to objects, that is the starting point for Arnout Meijer’s projects… Each model represents a geometrical symbol that the viewer can make a mental image of: a torus, a cylinder, a cone.”

“A trip to India strengthened their desire to bring the sacred into homes. On their return, they created Froufrou, inspired by the small, richly brocaded altars they had seen there. These enclosed shelves are miniature theatres for storing our precious objects” “This designer treats bamboo as a tubular alternative to extruded plastics or machined metals. Furthermore, it is a readily available resource that is both renewable and recyclable. He redirects it away from a common artisanal aesthetic and instead re-employs it in the conception of electric devices, presenting two series of prototypes intended for semi-industrial production: hairdryers and speakers." “Observing the master glassmakers inspired the designer to create a new tool which would allow them to shape the material by using simultaneous harmonies. He split a glassblowing pipe  into three chambers and added valves so that the artisan can modulate the pockets of air blown into the material in fusion.” “The designers present two projects in which electricity plays a key role. Their work is based upon existing techniques, observed from an aesthetic angle. The collection of vases Ovii may be interpreted as a Baroque experiment with electrolysis.”