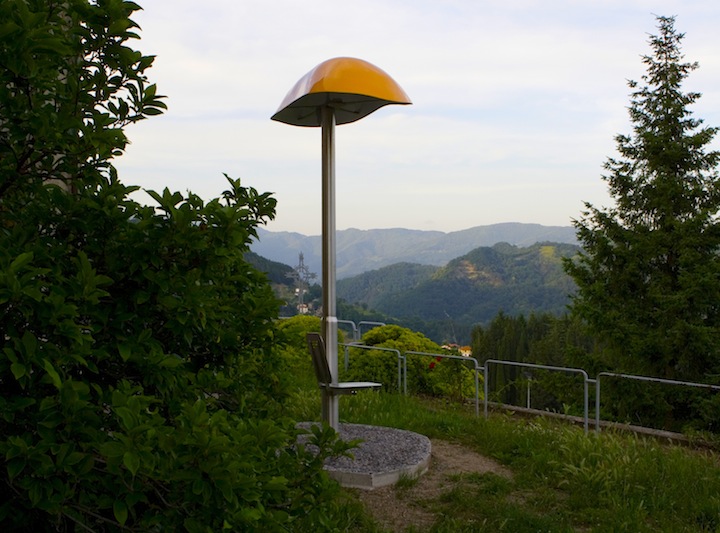 On Saturday 21st of April, VOCI, a new project by Peccioli Municipality, will be opened to the public, in collaboration with Fondaccioni Peccioliper.
The unpublished stories by the promising Italian artists and writers Laura Bosio, Mauro Covacich, Maurizio de Giovanni, Romano De Marco, Ferruccio Parazzoli, Laura Pugno, give birth to VOCI, a series of six new permanent installations, a route through the old city center of Peccioli and the nearby villages.
Nestled in a landscape of hills and tradition, Peccioli embodies the old medieval Tuscany character and the spirit of a contemporary open air museum.
For more than 30 years, Peccioli Municipaly has been carrying on this project aimed to connect the territory with contemporary art and land identity.
Thanks to many installations curated in the past, such as pieces of art by Nagasawa, Dubosarsky-Vinogradov, Garutti, and Corsini himself, it was possibile to create a whole open air museum that established new connections and relationships with the surroundings of Peccioli, enriching the territory of new elements, stacked upon local history and culture.
VOCI was born in first place to mark an artistic and literary path along Peccioli, that helps to discover new and unexplored territories.
The narrating voices are those of some of the most important contemporary authors.
Each of them has been told to build a dowel, a piece of this literary path, writing a story that comes up from the suggestions given by the territory and the landscape themselves.
Every story has its own identity and character, reflecting the spirit of the village.
These are recorded and transposed in the form of audio for the listeners.
The inspiring places of the stories are the same where the exhibition will take place, this is to say: the Bell Tower of San Verano Church, Madonna del Carmine Church, and Chiesa delle Serre in Peccioli, San Giorgio a Cedri Church, Santi Rocco and Sebastiano Chapel in Fabbrica and the oratory of Santissima Annunziata Church in Ghizzano.
The research Vittorio Corsini has carried out for decades relates to the world of art, to sculpture and installations, beginning from the concept of living to the dynamics on domestic and public spaces.
The physical space is conceived by Corsini as a metaphor of a meeting point between the single person and the collectivity.
During the past years, Vittorio Corsini has been engaged with designing courtyards, creating public spaces, drawing fountains and gardens, all elements meant as urban hubs.
Regarding his activity, he claims: “We need to activate new territories. The artist must be an explorer, who gives visibility to unqualified areas, thanks not only to materials and new technologies, but also by creating new synergies, using the language of art.
Public sculptures must be something that activate a space, that work and that can be crossed, dialoguing with the existing social context and the human scale.”