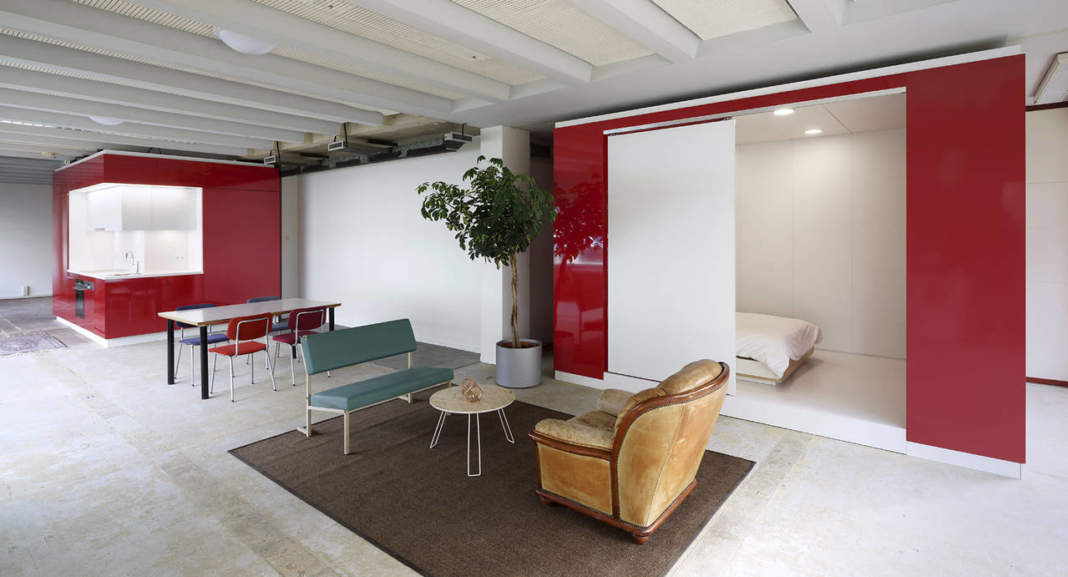 The Hub is a modular, easily dismantled system that allows empty buildings to be turned into homes in a few days. Each Hub contains a kitchen, a bathroom and a toilet plus facilities including heating, a sound system and an Internet connection.
The idea is for users to rent or lease a Hub rather than buying it. So they aren‘t purchasing a home, just the comforts of one. The Hub is financed by the suppliers of materials, data services, energy, water and waste disposal, who also own the construction system. Supplementary Hubs, such as the Bedhub, offer scope for added comfort and extra rooms.
The first Hub – accompanied by a Bedhub – has been installed in Rotterdam’s Zomerhofkwartier district. The pilot Hub is built of HPL blockboard and solid-core board, joined with Lamello connectors. The Hub’s utilities all connect to the existing mains at a single point via piping and wiring in the floor.
The Hub was designed for the Havensteder housing association, which presented it as a gift to the greater Rotterdam region.