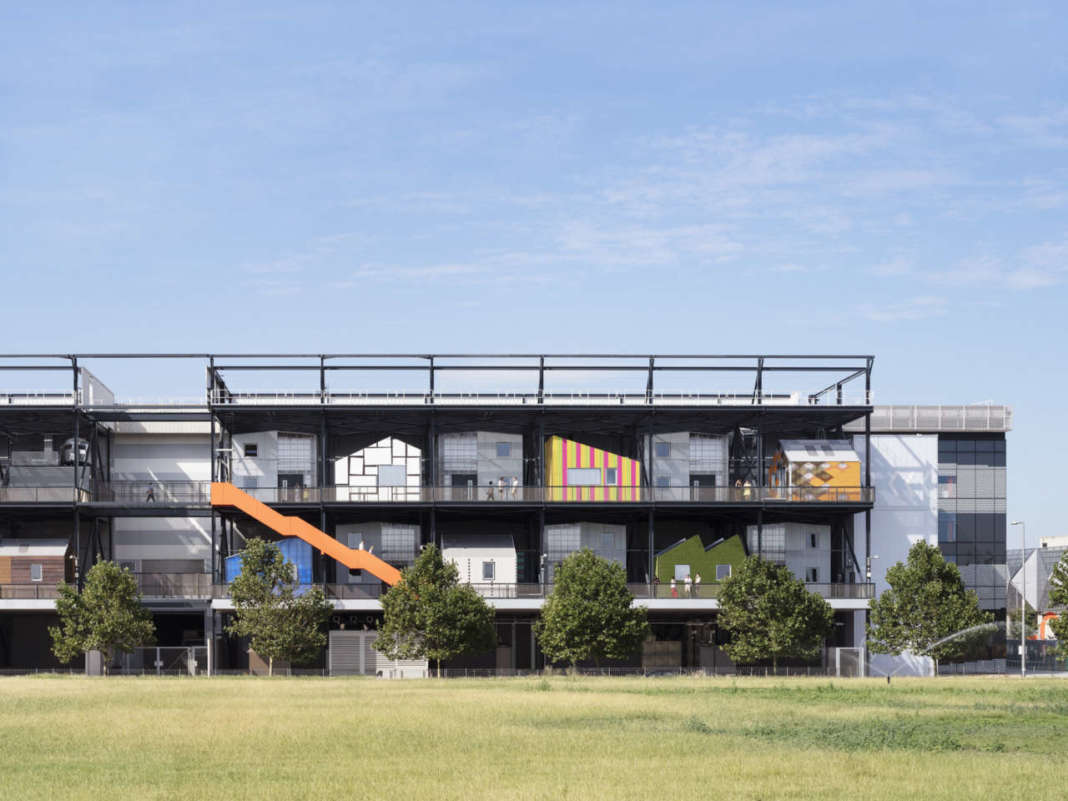 A large steel cage, built to house the equipment needed during the Olympic Games that were held in London in 2012, has been completely transformed and adapted to new functional needs. A construction that could have been abandoned for years (as is often the case for buildings specifically designed for storage during the Olympic games) has been given new lease of life thanks to the project idea of the young London studio Architecture 00 in collaboration with the studio Hawkins \ Brown. 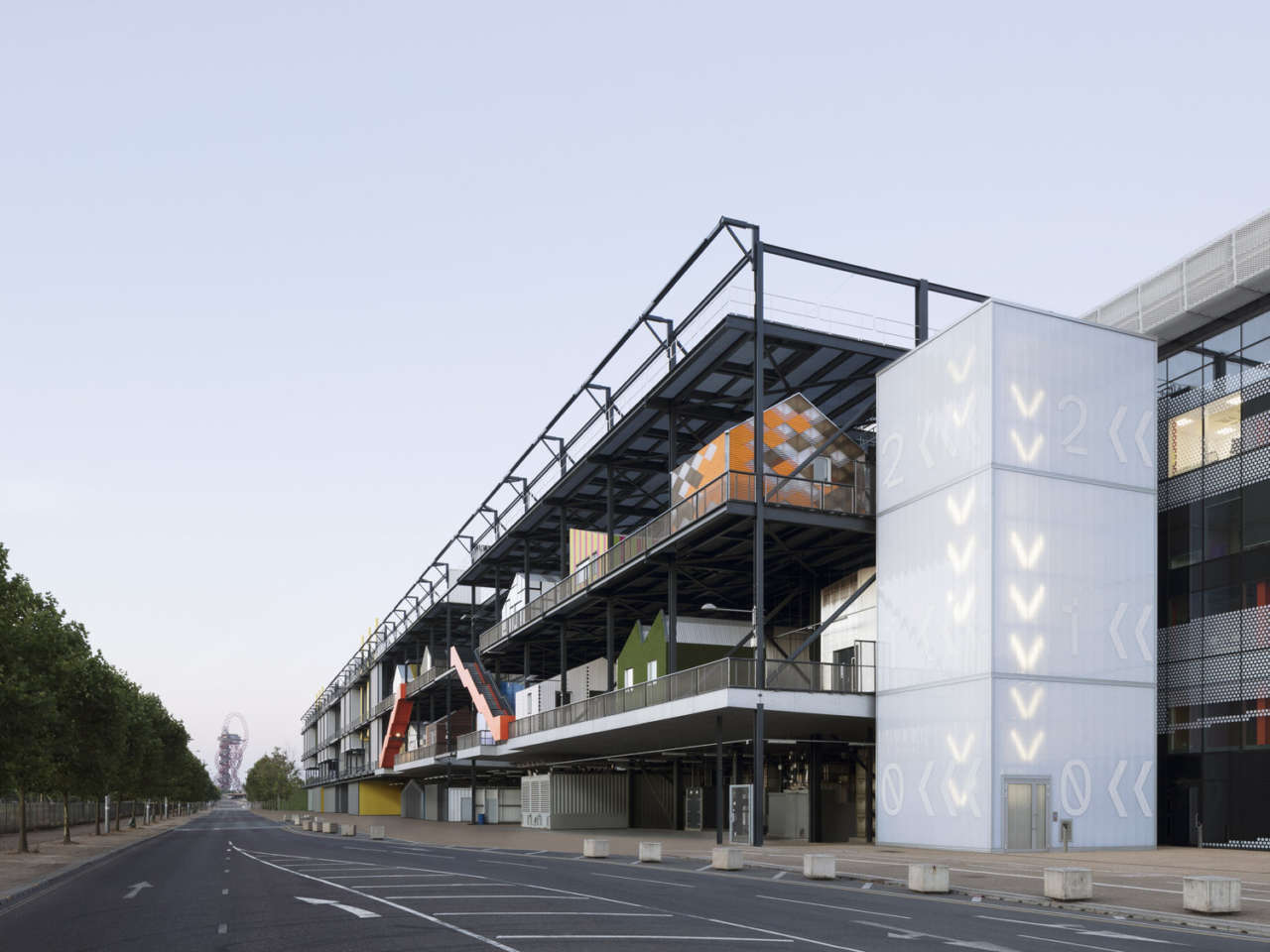 Placed inside the Queen Elizabeth Olympic Park in front of the Broadcast Center, this original space has been transformed from a storage unit for objects into both a space for artists and temporary houses. The design plan adopted by the artists is composed of twenty-one new parts that reflect the archetypal form of the house. Parts that simply seem to rest on the existing steel structure make up this new urban scenario, creating a colorful and evolving divertissement. Small "follies" placed next to each other generate an ever-different appearance, depending on how you look at it. These small houses are in fact designed with different colors and materials which contrast with the formal rigidity of the cage. The ground floor is completely accessible and contains the stairwell which leads to the two upper floors as well as to the dedicated exhibition spaces. You can access the upper level from the completely vacant central body of the building as well as from the balconies connecting the east and west buildings (where you can find various lodgings).

This little vertical village, contained within a cage, continues for 240 metres along the street front where the relationship between outside and inside is confused, if not completely unulled. Therefore, spaces created between the various blocks are shared. In fact, the blocks are always offset from each other in order to create an open and usable space for everyone. Two large symmetrical orange staircase are placed one in front of the other, standing behind the wire facade, break up the modularity of the existing cage. Each element is made of modular wooden components made by computerized manufacturing process. This approach allows for the creation of a wide range of shapes which both vary and work together in harmony.The exterior cladding of each block is individually designed to pay homage to 19th and 20th century Hackney Wick pioneers and industries.