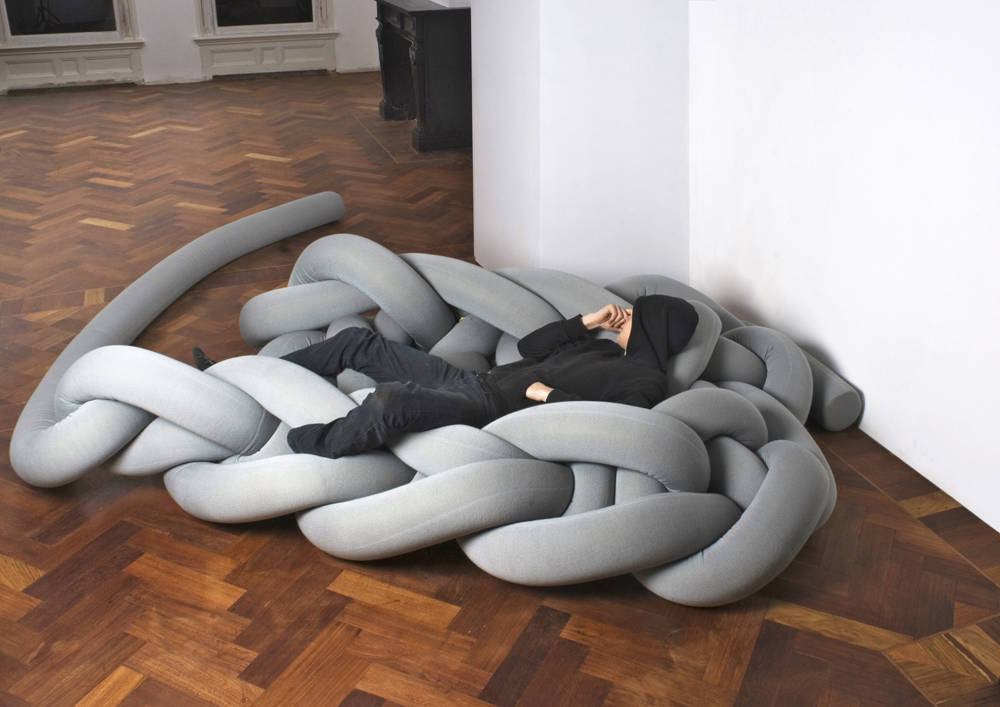 Rotterdam based designer Bauke Knottnerus approaches design on a macro level using large threads to create large scale knitted objects. With these gigantic yarns, you can create/knit long objects that are actually made using giant knitting needles. These needles and the over-sized strings, filled with various types of foam, they form the building blocks for a variety of object from soft seats to carpets. One piece features a series of multi coloured strings that can be tied or woven together, while another consists of a single giant knot.
In Knottnerus‘ work different generations of knitting are coming together as well as production techniques. The fabric that covers the actual knit is circular knitted, then the piece is knitted by hand. These comfortable pieces of design, conceived in a variety of scale, give to the space a pleasant playful taste, typical of relax areas destinated to kids. But they also stand in space as conceptual and overtly pop objects that can liven up both private and public spaces with a surreal and ironic atmosphere. From March 16th til August 14th 2011, MoMu Museum (Antwerp) presents the exhibition “Unravel / knitwear in fashion“. Bauke Knottnerus has made two special editions of his Phat Knits in the context of this exhibition: Gradient & Giant. These new and unique works will invade the entrance hall and exhibition space during Unravel.