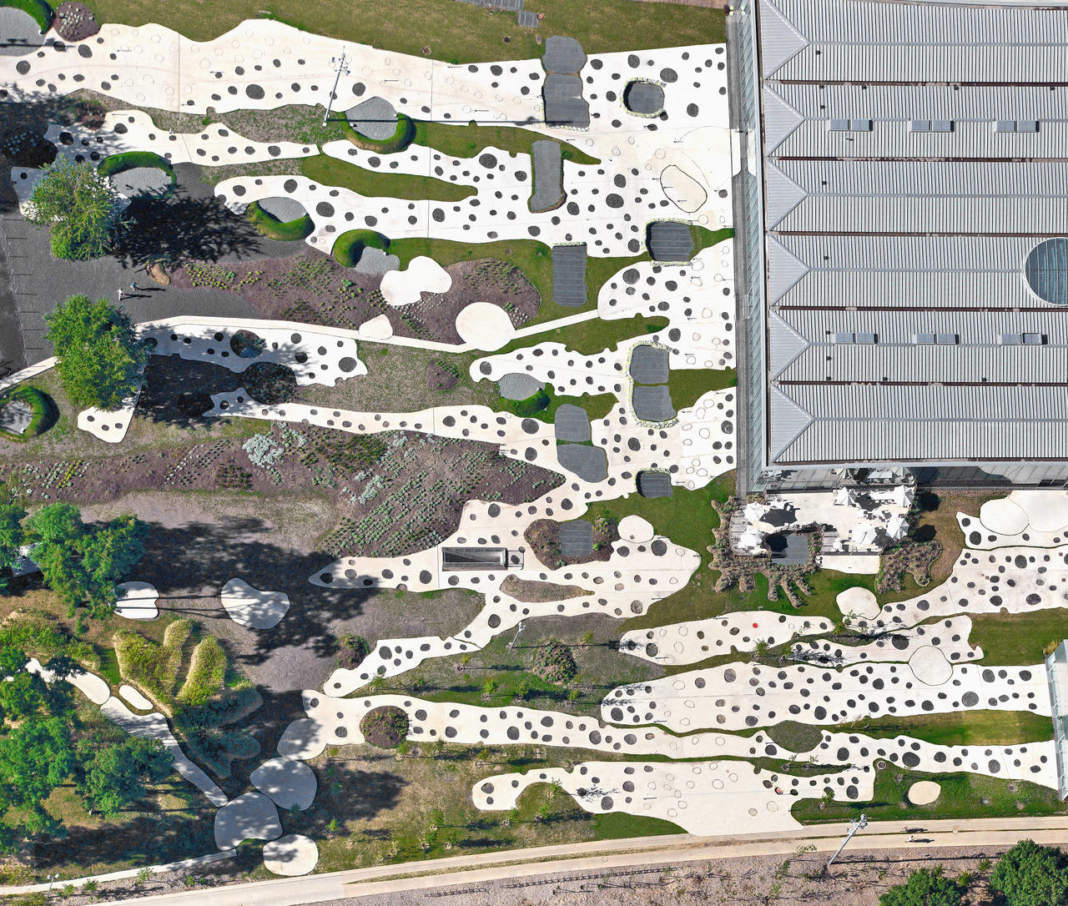 The installation of the Louvre lens on one of the pitheads introduce the capacity to change over from economic production to an economy regenerated by a way of inhabiting and revisiting the memories of an area in contact with the memories of art and culture in the broad sense.

The park is joined to the territories at 4 cardinal points, by what remains of the ‘rider seams’ as the principal alley introducing the park. As such the museum park irrigates the country in-depth the same as the garden cities so singular are all brought to the threshold of the museum. This elongated form, print of the distribution method of industrial flows, deflected the manner of installing itself in the ground plate.

It is then a question of articulation through this park the vegetable dynamic that primed the attractively of the terrain, the cultural dynamic with the museum and the living memory of the mining based of the cycle of plant materials to valued oils as an economic resource, then in an inverted symmetry, of the oil to the valued plant as heritage resource.

Running along the edges of the wood, protected from the noise of the railway lines and the neighbouring streets, the path leads to a very wide clearing, a vast meadow with trees on every side. The context whets the visitor’s curiosity, invites him to go with the movement, to explore a museum park which like a stick insect merges with nature, enhancing the landscape rather than occupying it. Multiplying the volumes offers a means of avoiding any overload of the site and upsetting the scale of this vast programme.