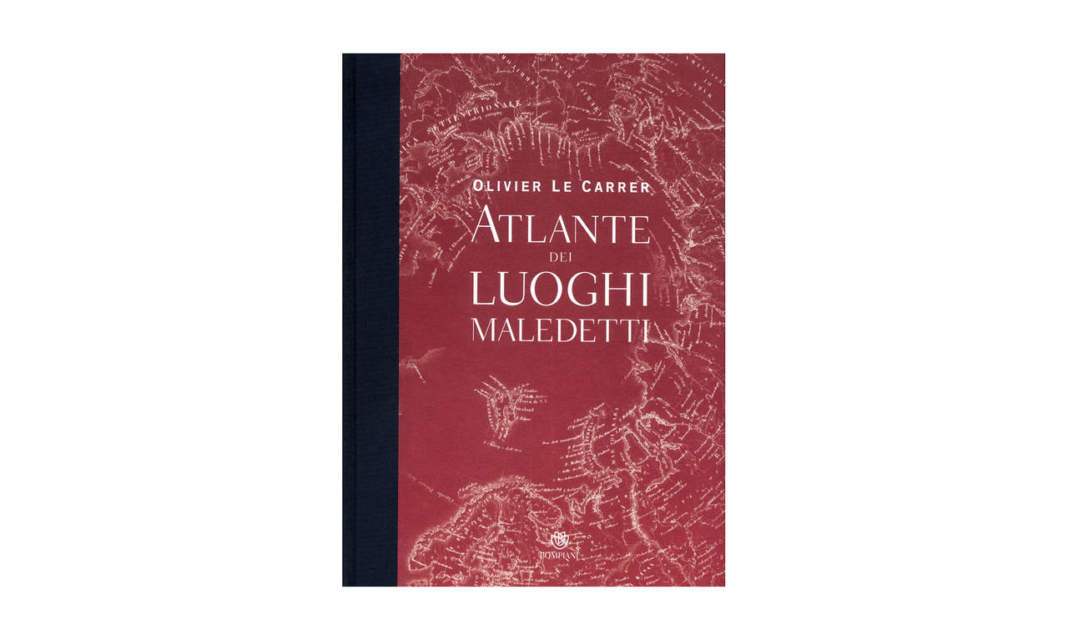 A book of intrigue, appealing to a broad public, written by Le Carrer, mysterious author, who virtually presents himself in the guise of a reporter and, together, a traveler, who writes in a breezy and essential journalistic style, but who is conceivably a seasoned veteran in terms of literature. A captivating journey through mystery makes for an engaging read. Subject of the book are the "maudits" places, so dear to Rimbaud and Verlaine, the first of which is the fundamental prompter of the work, essentially representing an event from "saison en enfer". The author departs from near to far, from the known to the unknown, from home-land experiences (France) to distant places: from France to Italy, from Europe to Africa and Asia, then further still, upon the discovery that on planet Earth the seeds of mystery, of "daily magic", to quote a surrealist credo of Calvino, have spread everywhere and have given and continue to give excellent and abundant fruits. A fashionable choice that of using as a starting point marvels that lie before our very eyes, involuntarily described in a series of plates in an atlas of the modern world of late 19th-century France. Everything appears in perfect affinity with the increasingly widespread passion of our time for maps and surroundings, not only in the field of creativity, but also in that of the new humanities. These retro maps, which open the gates to nostalgia, revisited in a specific detail, dialogue with jottings of stories. That tell of suicides, of ghosts, of devastation and upheaval, of monsters and other weird and unusual events, similar to those that animate cinematography, countless comics, novels, imaginary subjects, revivals of the spells and the terrors of every culture. Here, however, unlike the customary methods of handling this kind of material, often reduced to nonsense, nothing but emphasis, repetition and variations, the doses are “homeopathically” measured and with skillful construction of narrative. Every plate, every passage of writing, always different, objectively links up to whatever precedes and follows, and makes "mythos" in the sense indicated by Plato. It narrates and entertains. So, when you reach Bluebeard's Castle towards the end of the book, you want to start over again, leafing through the plates and retracing the notes, as if returning to one’s origins. The starting point had been France and we find ourselves once again in France, safe (at home): so why not see and hear once again the "mirabilia", as one would have said during the Middle Ages, of Cape Bojador, on the borders of the familiar world, the abyssal Plain of the Gambia, the Bermuda Triangle, the mysteries of the Maya, the forest of suicides, the country of killer crocodiles, the underground brazier in India, the wretches of the sea, the Valley of the Kings in Egypt, Scylla and Charybdis? And, having reached the end, why not imagine the existence of other neighbouring, misunderstood places, which emanate a similar or different charm?

And so it is on this terrain that the challenge is faced. For, as always, in architecture, what binds a place with collective imagination, as a concept defined and formulated over time, is the object of study, if not of discovery and memory. Like a prophecy, which always announces the imminence of a revelation. To become a new story and new narrative. And so, back into circulation. The matter in question, in fact, has a long history behind it (see Polybius and Strabo, St. Augustine and Montaigne). It is with the twentieth century, however, after three to four centuries of cataloging and inventories, which create the basis for a coherent Cartesian approach to horizontal axes and coordinates, with a complex reality founded on the archaeology of the imaginary and of symbolic languages. Essential are the studies of Jung, Bachelard, Durand, Dumézil, Eliade, just as evocative and topical are Todorov’s “The Fantastic: A Structural Approach to a Literary Genre” and Caillois’ “Au Coeur du Fanastique”, which stem from surrealism. It is here, therefore, that the challenge is embraced: the path to reach unknown places and achieve a grammar of exchange between mind and nature is still long and requires, in all its elusiveness and intangibility, a reliable research of parallel languages, of decryption of interactions between anthropologically acknowledged symbols and intimations of "places", as Le Carrer calls them. Which, meanwhile, opens the theatre curtain on the "maudit" that lies within us.