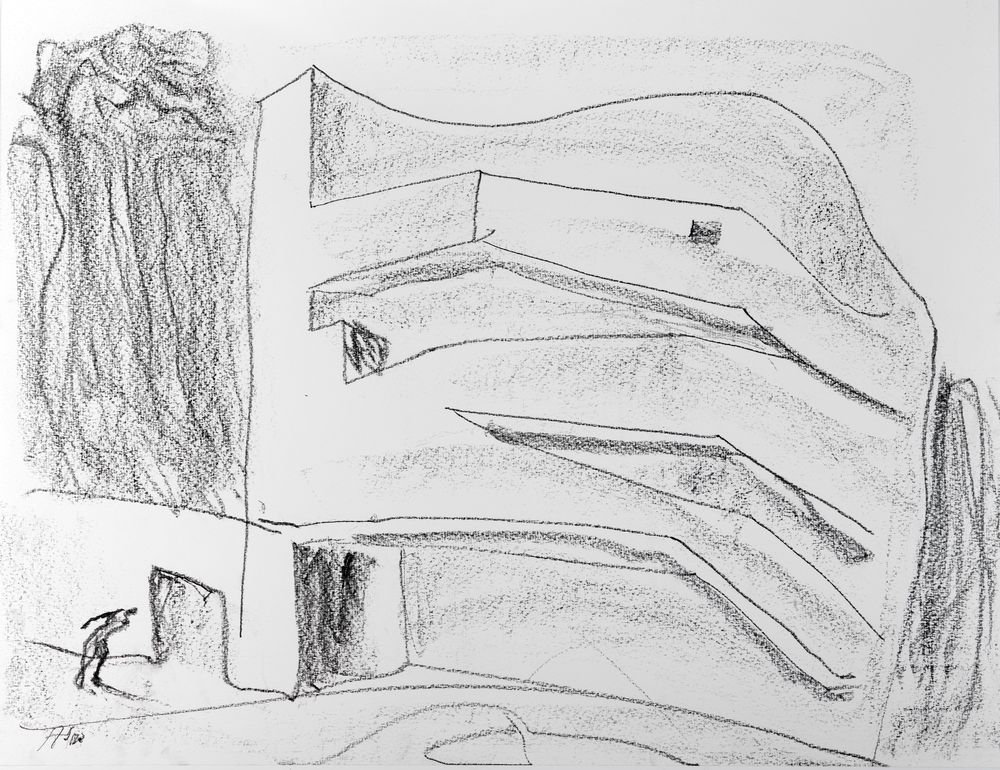 Inside a Creative Mind - Arquitectura Portuguesa is an exhibition, open until June 6th 2016 in Lisbon at the Fundação Calouste Gulbenkian, combined with an interesting cycle of conferences conducted by the most famous Portuguese architects.
The exhibition presents seven projects designed by seven different Portuguese firms and it introduces the "Made in Portugal" architecture and the thought of its designers: a long journey starting from the concept and reaching the realized building. The presentation of the projects takes place in a uniform way: an interview to the architect, study and final models, sketches, drawings of the conception  of the project and final engineering drawings. The set-up is analytical and didactic, allowing the visitors - student, professional or "architecture tourist"- to enter the true understanding of the project from its origins up to the realization and learning a methodology, a way to direct own choices and a conception of architecture.
There is a certain affinity between the projects and the designers presented in the exhibition - it deals with an architecture made in Portugal - but it is also interesting to discover the differences dictated by contexts and different needs, from differing points of view on architecture.