Home Design Focus ILBagno, a bourgeois collection from the idea to the product: Roberto Lazzeroni... 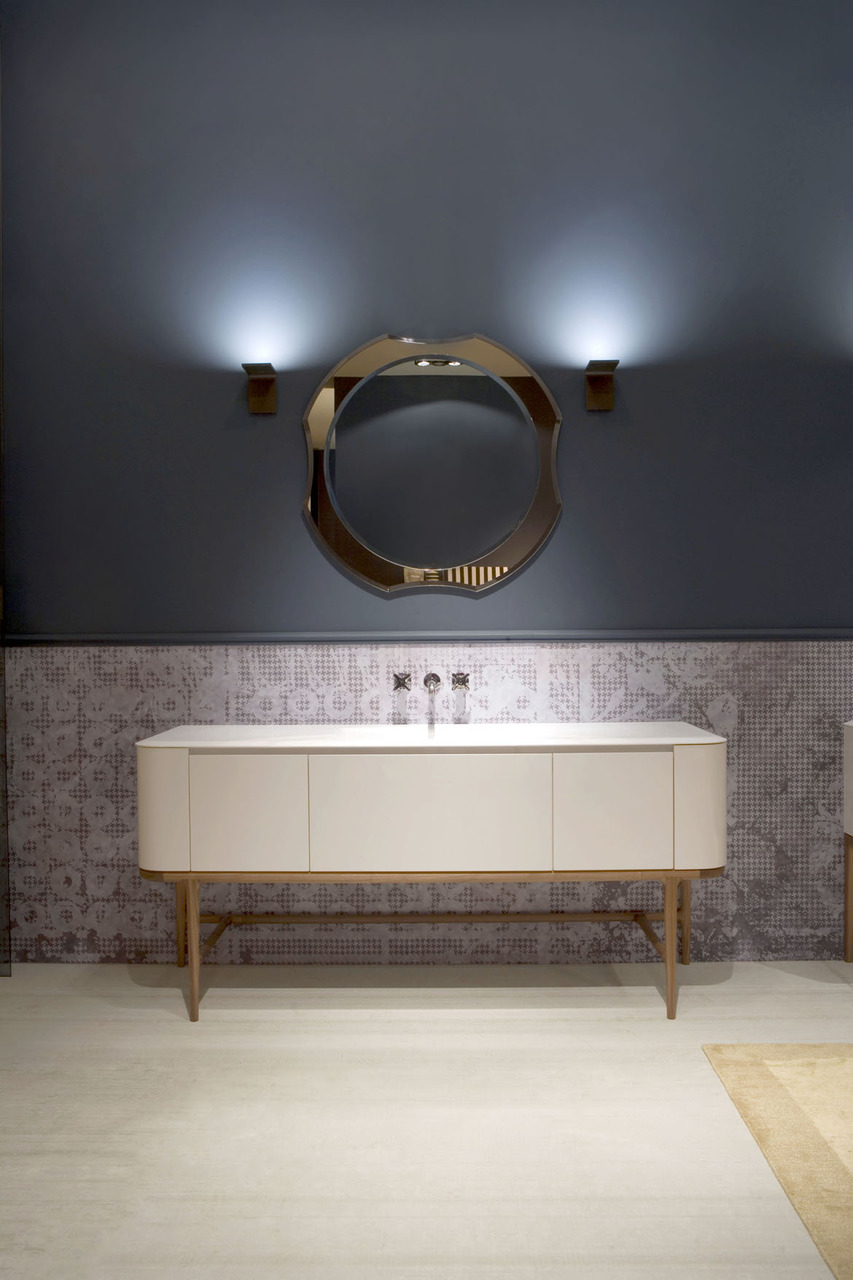 ILBagno is the latest collection by antoniolupi, strongly championed by Andrea Lupi who loves defining it as bourgeois or romantic, to indicate a character that is a little different from the minimalism and precision of the company he has headed for years.
It is a collection that embraces a broader area of style, a project that recovers the memories of images we recognise, stylistic features of a noble past and suggestions that come from different tastes. It is not a nostalgic project, but a contemporary one, a re-working of content obtained through antoniolupi’s own minimalism and style, its painstaking attention to detail, the excellence of its workmanship and of the materials used.

We met Roberto Lazzeroni, the collection’s designer and Andrea Lupi and together we tried to describe this project by highlighting the path they followed.

area: As always we started from a really clear image and aim.

Andrea Lupi: For some time I’ve wanted to update my father’s mirrors, the ones he produced with his old company, Cristal Lupi Luxor. I told Roberto that we should start from there, that the mirrors should be the starting point around which we would build a collection with a different language, a project that could embrace an area of taste a little farther removed from our own and from an excessively minimalist and precise style. In 90% of the world, bathrooms are furnished with elements that have a classic style and we were also looking for a solution for these potential clients.

Roberto Lazzeroni: I’ve known Andrea for a very long time, but we had never worked together until this project. Andrea admired my work a great deal and I admired his and the fact that he is such a passionate Tuscan entrepreneur. About two years ago we met by chance in Paris, at “Maison & Object” and there he told me about his ideas of exploring different areas of the market, with a softer, more feminine bathroom design featuring the use of wood, a project that he himself called “romantic” and for which he thought I was the ideal interpreter.

Andrea Lupi: I chose Roberto because I’ve known him for many years and I like his soft, gentle style, his way of skilfully shaping wood. He seemed perfect for this collection. His Tuscan origin definitely brought added value, because of his knowledge of the artisan techniques that are the through-line of this project. I showed him the photo exhibition that told the story of the company and told him I wanted to start with my father’s mirrors.

area: What did it mean for the project starting from a re-working of these unique Cristalux mirrors? Was it too great a constraint or was it an opportunity?

Roberto Lazzeroni: In one of our first meetings, Andrea showed me the old catalogues by Cristalux, his father’s company that produced accessories and mirrors in cut glass. I thought that it would be the right thing to find a link between what we were doing now and the company’s past. I also thought the mirrors were the most appropriate element. We decided to redesign them and update them for contemporary tastes.

area: The result was a large, complete collection. Of the elements that you agreed on immediately, which seemed the most successful?

Roberto Lazzeroni: It was a project created in one go, which I presented to Andrea just a few months after being asked to do it. I chose an excellent prototype maker, Ceccotti, for the pieces in wood, as the collection featured soft lines and skilful workmanship and he was able to interpret our ideas in the best possible way. We designed a very large collection of objects, console tables and furniture in American walnut, of varying sizes, taps, a toilet and bidet, a bathtub with feet and a shower cabinet in decorated glass: a complete bathroom setting.

Andrea Lupi: All the elements seemed successful and combined well in a convincing and homogeneous way. I feel very close to the mirrors, for obvious reasons, but I think the wooden console tables have a great deal of character and present the almost sculptural aspect that manages to transmit the whole identity of the project. The polished wood with such a soft appearance, combined with the Ceramilux surfaces creates a truly successful combination.

CAMEO and CIAK by L&L Luce&Light