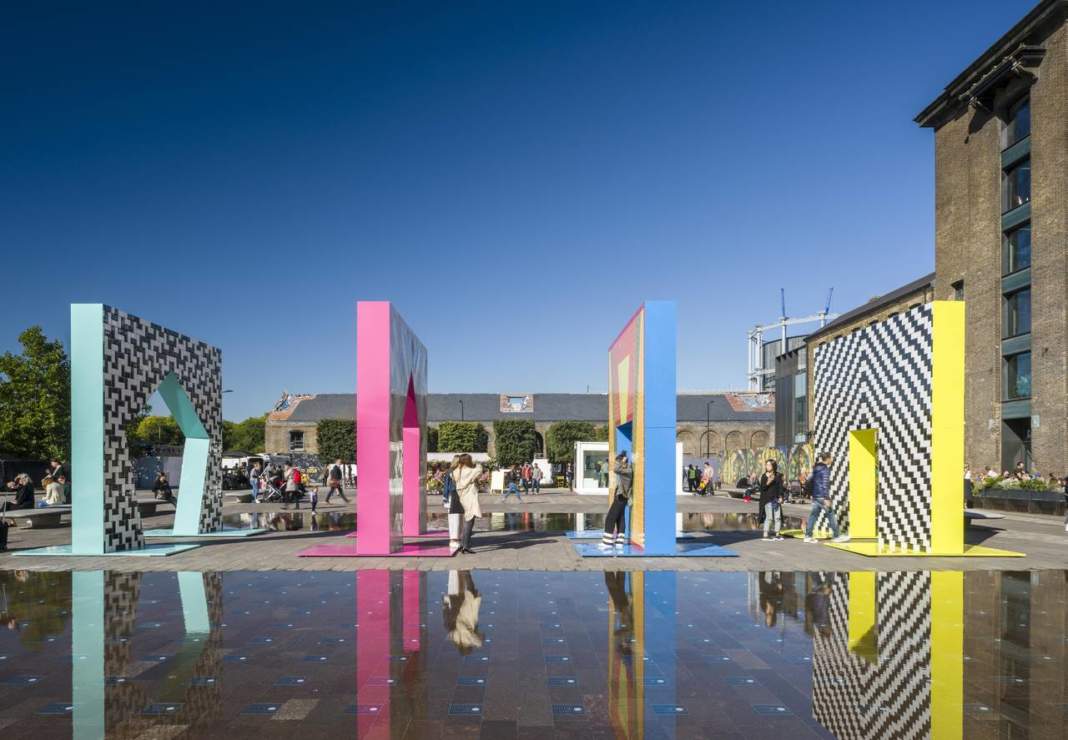 Gateways is an installation consisting of four four-metre high ceramic tiled gates as part of the London Design Festival 2017. Turkishceramics, main partners of the show, has collaborated with London-based designer Adam Nathaniel Furman to work on a temporary, site-specific installation featuring contemporary ceramic tiles from Turkey. Repositioning ceramics from a small-scale decorative material to one which creates a large surface structure, Gateways created an immersive public installation that referenced the history of architecture, from London’s tiled Underground stations to the classical ceramics of Ottoman architecture, all in a bold contemporary language. The structure of Gateways took inspiration from the spatial layout of one of London’s most popular open spaces on King’s Cross’ Granary Square and with astonishing success drew people to wander through and experience the various views at the centre of the enfilade perspective.

It is the most elementary material you can imagine, mud heated with fire. From the dawn of civilisation we have fashioned the world around us using it, so the history of ceramics is literally the history of humanity. From the very first handmade brick and pot, right through to the precision engineered ceramics on spacecraft, in jet engines, and the latest 3D printed  architectural experiments, this amazing material has managed to consistently be at once the most immemorially ancient, and shockingly advanced and novel element in our built environment.

The gates were united in their simple and bold geometries, but with each giving the impression of a different aesthetic, a different place and era. The classic gate was handmade in the timeless Iznik tradition of Turkish Ceramics, and told the story of Paradise, of the abundance and beauty of nature. The wood & stone gate spoke of traditional architectural materials, but played with them in their new, and increasingly popular, ceramic form.

The Retro gate used high durability tiles of the kind perfect for public spaces, pools and gyms, and echoed the hues and forms of the funky seventies, while the Metro Gate used black and white bevelled tiles that were inspired by the utilitarian spaces of Edwardian architecture. Each was distinct, but together they created a fun and pleasurable sequence that was intriguing to passers-by, and made people think again about how everyday ceramics can be deployed in ways and in places they would not normally expect -the way they used to be used in buildings all over the country until the mid-20th Century- generating delightful results. Gateways imparted a sense that history, monumentality, technology and colour can all be experienced in the most direct and simple of ways through the joy of ceramics.