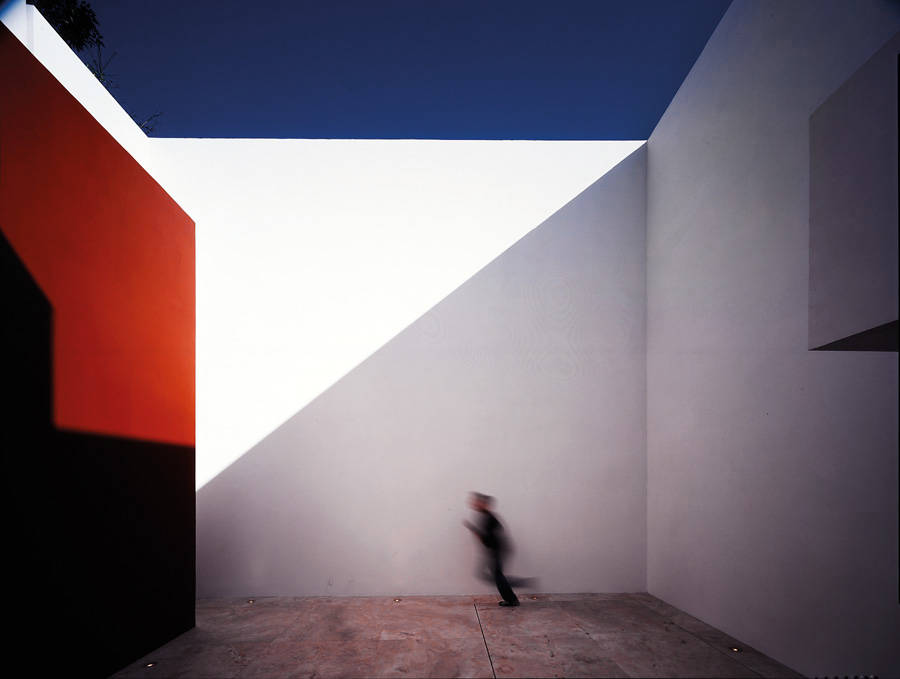 Located in the Pedregal de San Angel, a neighborhood located south of Mexico City, starts with a first limitation: to remodel an abandoned functionalist house from 1963. The owners chose to save the same footprint of the house under the premise of not losing entitlements regarding restrictions to which the new construction must be adapted. However, only certain concepts were saved from the original construction in order to obtain a new product. The construction consists of a typical program of a home for a family of 6 people. The proposed spaces, were the result from the reuse of the structure and new ways of inhabiting the home, which obliged the design of the house into two sections, almost cutting the house in half by a space hall/lobby. This triple height space distributes and organizes the program requested by the new owners. The land has a descending slope of 2.5 meters in depth parallel to the street, where there is a garden, forcing the use of spaces that are at street level and at the same level as the garden. The street facade is silent: a plate of 20 meters long by 9 tall with a vertical element that is a full height slot that marks the main pedestrian access as well as five gates with the minimum height possible to accommodate cars in an inside garage. On the garden side, the facade opens completely in each of their spaces by opening up semi-public and private spaces as much as possible without sacrificing natural light and ventilation. The language of it is the honest reflection of the internal motion of space which makes it a design that is a result of functionality and not by impositions.

Lucio Muniain (Mexico City 1969) Studies Architecture and Urbanism at the Universidad Iberoamericana and at Parsons School of Design in New York from 1988 to 1992. Has a Masters Degree also at the Universidad Iberoamericana from 1996 to 1998. Has an independent practice in LUCIO MUNIAIN et al since 1998.
Among his most important works and projects are the Corporativo Autofin (Corporate office building of 40,000 M2), Bahía Balandra Project in La Paz, South Baja California, Mexico (Master plan for a 20,000 inhabitant city on its first phase, with Rick Joy, Mathias Klotz, Rem Koolhaas and Nieto & Sobejano among others), Third place in the national competition for the Republic’s Senate Corporate Headquarters and the Andean Development Corporation (CAF) First Place, International Competition by invitation (in collaboration with PRODUCTORA). He’s a self taught painter and was represented by Nina Menocal Gallery in Mexico City and has had 5 solo exhibitions and 20 collective ones in national and international galleries and museums.