On the sides of a main road going out of Milan, one doesn’t easily notice the presence of a small two-storey shopping centre, concealed between the invasive throng of bigger counterparts with high-flown names such as Brico Center, Multimedia, Metro, Ikea and GS. That small building with a self-referential name (“shopping centre”, just as if a hotel were to call itself “hotel”) was the first Italian integrated shopping centre, the first place where there was an endeavour to merge large chain food stores and small shops. Twenty years ago, this 6,000 sq.m. shed, cut through by a corridor which took on the guise of a public street, set a fashion among those in the sector of large-scale retail trade; today it is almost a piece of archaeology, destined to be redesigned to adapt itself to the rules of competition among the giants of the market.

The history of this 7-metre box demonstrates just how short the life cycle of large shopping and recreational centres is. Following the example of this particular building, in the last twenty years they have gradually landed like spaceships around the large Italian suburban main roads. Haughty, yet fragile constructions, introverted yet genetically forced to feed on life which surrounds them, and perhaps also for this reason, subject to frequent transformations. In fact, they nurture themselves on space. And not just because they are surrounded by large car parks and all around them are empty spaces. From the small window of a plane, shopping centres, multi-screen cinemas, multipurpose complexes appear to us as a sort of dimensional counterpoint, out of scale in relation to the “fine grain” of the houses, sheds, small apartment blocks and carwashes. The only elements (if we exclude airports and railway stations), capable of making a hierarchy, of asserting themselves within the multitude of small solitary or crowded buildings which throng our suburban areas. But this hunger for space is not their prerogative. Like the houses and sheds that surround them, the great omnivorous containers tend to be located in sectors, which makes it easier to identify their site – accessible and visible from the major ring roads and at an ideal distance from other buildings producing similar merchandise – without considering the buildings around them. It is the protagonists of that system of contiguous differences (house + shopping centre + farm land + ancient village + ring road + industrial building + apartment block…) which transform the growth of the modern city into a dialogue made up of disconnected words.

Unlike historical towns, formed by large macro-structures – medieval villages, 19th-century buildings, districts containing public building – which condense similar buildings within, modern towns function through association from a distance. In historical towns it is these large phrases which accommodate – and control, according to given regulations and proportions – the declinations of each particular building type and organize the heterogeneity of human activity. On the other hand, in modern-day towns the counterparts of necessity clash. The “variation on the theme” (of the one-family house, the industrial building with residence, the shopping centre) occurs at a distance. The isolation and introversion of these large constructions, their “hunger” for space are really nothing other than the pantography of a gesture repeated a thousand times over in the everyday construction of our territory, made up of randomly placed monads that jealously guard their space, indifferent to what happens outside of their enclosure. They feed on time. The great shopping-recreational centres are powerful terminals of symmetrical and repetitive perceptive experiences which precede and follow them: from television, cars, ring roads and car parks (only real experience of “exterior”) to the entrance into a large collective, both controlled and air-conditioned space where the flow of perceptions is inverted: the exit, car park, ring road….It is as though they lasted longer than the time taken to inhabit them. It is as though we were tuned in to their wavelength (that of a distracted use of the space which passes us by on either side, on shop shelves and through the windscreen) long before and long after having gained access to these immense omnivorous interiors. They swallow up our time also because our lives increasingly resemble the caricature-like ones that they accommodate. In fact, these great “recreational architectures” feed on imagery too. 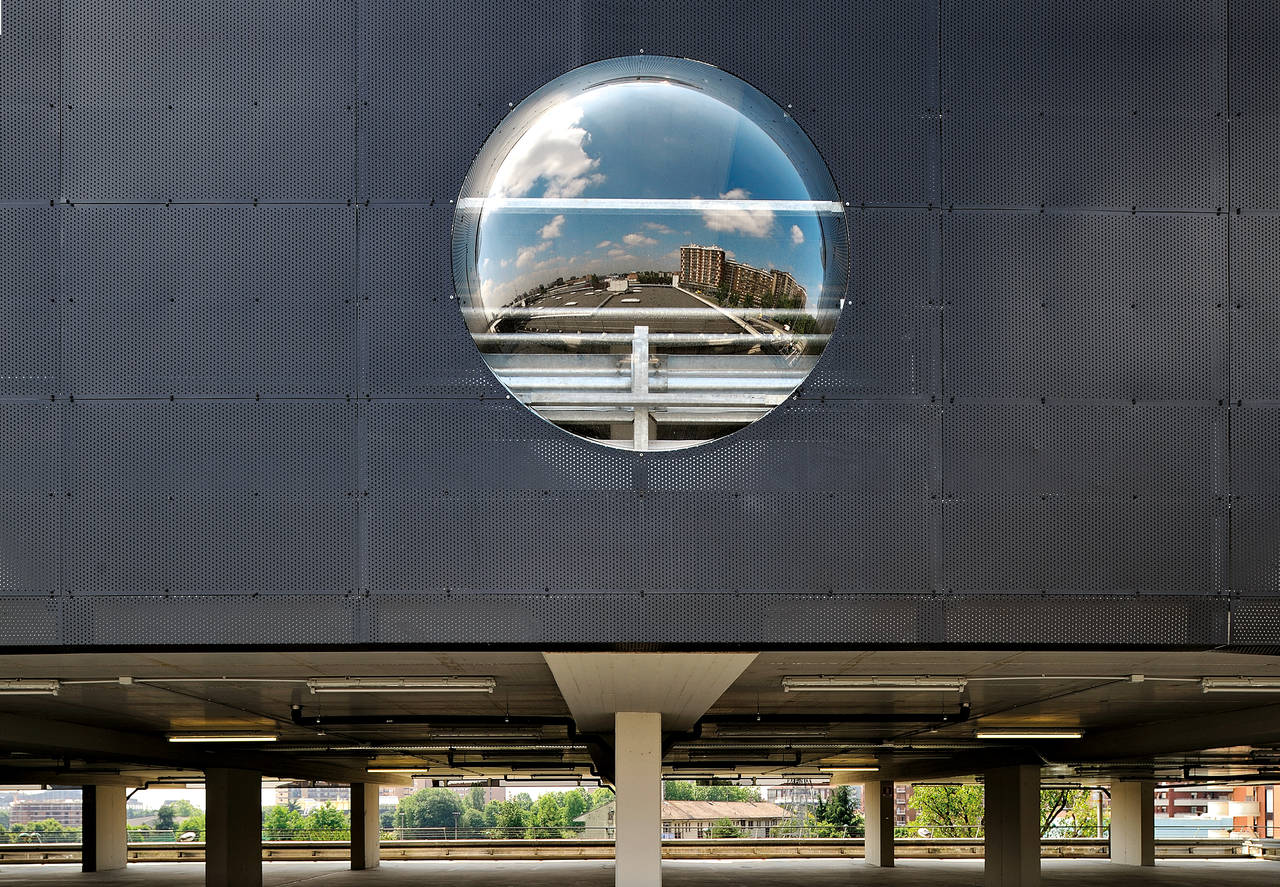 Their public dimension is founded on a rigorous principle of mimicking the urban public space, that of European historical centres. Not only do they replicate porticoed streets, unexpected views and little squares with fountains and open-air bars, but more recently they appear to be more tolerant: gangs of youths, groups of pensioners and ethnic communities meet there; they elect them places of warm and in some way, uncontrollable interaction, appearing to prefer the copy to the original. Perhaps because after having been elected market model, today many European pedestrianised historical centres with a significant tourist trade, replicate the spatial rules devised by the integrated shopping centres. One has only to stroll along the patinated streets of San Marino, try to escape the CCTV surveillance cameras which control the entire urban public space of Montecarlo, to realize that the real city, the authentic city, does not always finish on the edges of car parks surrounding these great omnivorous constructions. If we take a closer look, what they propose is merely a more radical, less hypocritical version of that life governed by barcodes which passes by outside too, in the modern-day metropolis.

Boeri Studio is an architectural and urban design firm based in Milan, Italy, founded in 1999 by Stefano Boeri together with Gianandrea Barreca and Giovanni La Varra. In the last years, the office has concentrated its interests on the contemporary urban condition in Europe, in particular providing architectural interventions and urban planning for a series of medium sized cities in large metropolitan areas, and requalification of major Portual areas in the Mediterranean Sea. Boeri Studio’s most recent projects are the development and execution of numerous transformation and rehabilitation projects for urban and tourist use in different European waterfront properties: Marseille, Genoa, Naples, Trieste, Ravenna and Thessaloniki. In the architectural design field, Boeri Studio has focused its works on commercial and entertainment buildings, on the reconversion of industrial buildings, and on the qualification of power plants. Boeri Studio is currently also working on a number of requalification and modification projects for urban areas throughout Italy. Boeri Studio’s works have been published in the main architectural and urban design magazines and exhibited in the principal design centres. Following the 2001 realization of the new geothermic plant of the ENEL company in Bagnore, Stefano Boeri was invited to represent Italy in the traveling exhibition “New Trends in Architecture. Europe and Japan”, presented in Porto, Rotterdam and Tokyo during 2003.