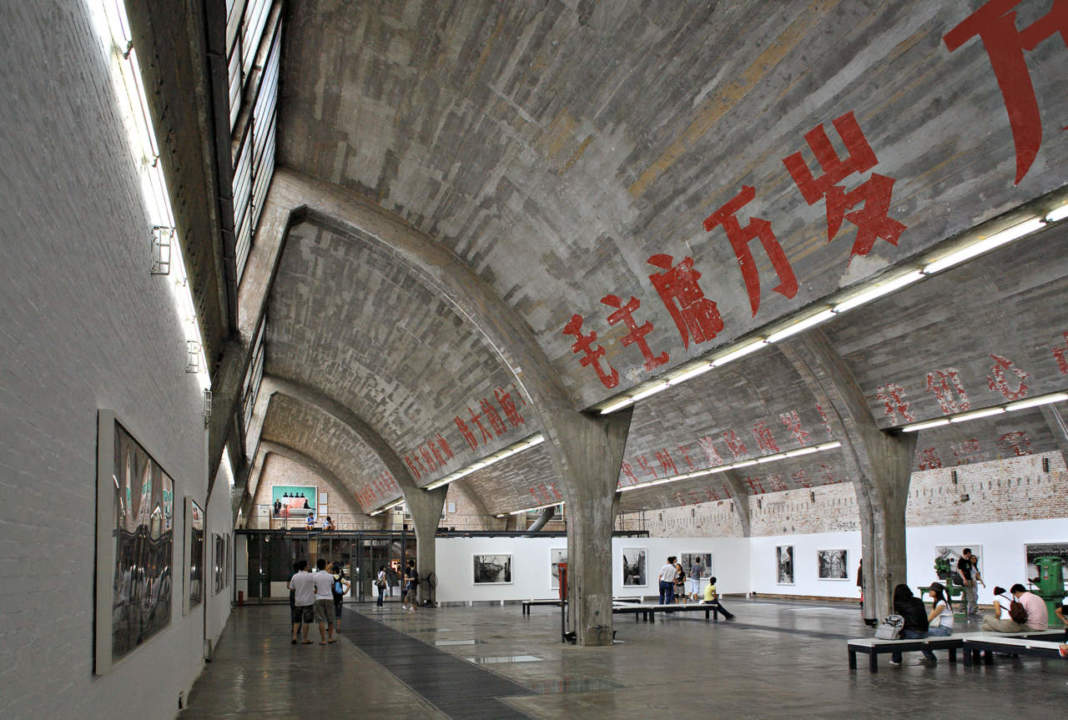 In 1952, following the directives for cooperation between the Soviet Union and the new People’s Republic of China, the farming village of Dashanzi on the northeastern outskirts of Beijing was chosen as site for a new industrial district for the development of electronic components. The general plan, influenced by Bauhaus functionalist concepts introduced by East German technicians, was characterized by a particular shed roof and large vaulted spaces, designed to maximize the use of natural light. In the Eighties the reforms and the introduction of free market strategies caused the industrial complex to gradually fall into decline. In order to obtain new tenants for the spaces which had remained vacant, the management of the industrial area was converted into a real estate development company, the “Seven Star Group”, in the early Nineties. Attracted by the vast empty spaces and their functional versatility, the art community of Beijing, after years of exile in the outer suburbs of the capital, began through a spontaneous process of aggregation to renovate the existing building, adding a touch of irony to the postindustrial appearance of the constructions. The popularity of the district grew rapidly with the opening of new galleries, lofts, architecture firms, fashion houses, cafes and through the prestige guaranteed by important international art festivals. Around 2004, in the absence of price containment strategies and as a result of a natural gentrification process, the costs increased exponentially for the tenants. The 798 area was located in a strategic corridor between the downtown area and the international airport: due to real estate speculation, the entire district faced the risk of a forced demolition. The study cases of the Greenwich Village and SoHo in New York, where the high profitability of the real estate had been triggered by the presence of the art community and a nucleus of reconverted postindustrial buildings, were invoked as models. In late 2007, after a long political struggle, the municipal administration decided to preserve the 798 in its present condition: in July 2008, on the occasion of the Olympic Games, the district underwent its first conscious planning, a large-scale restyling and an arrangement of the internal viability.