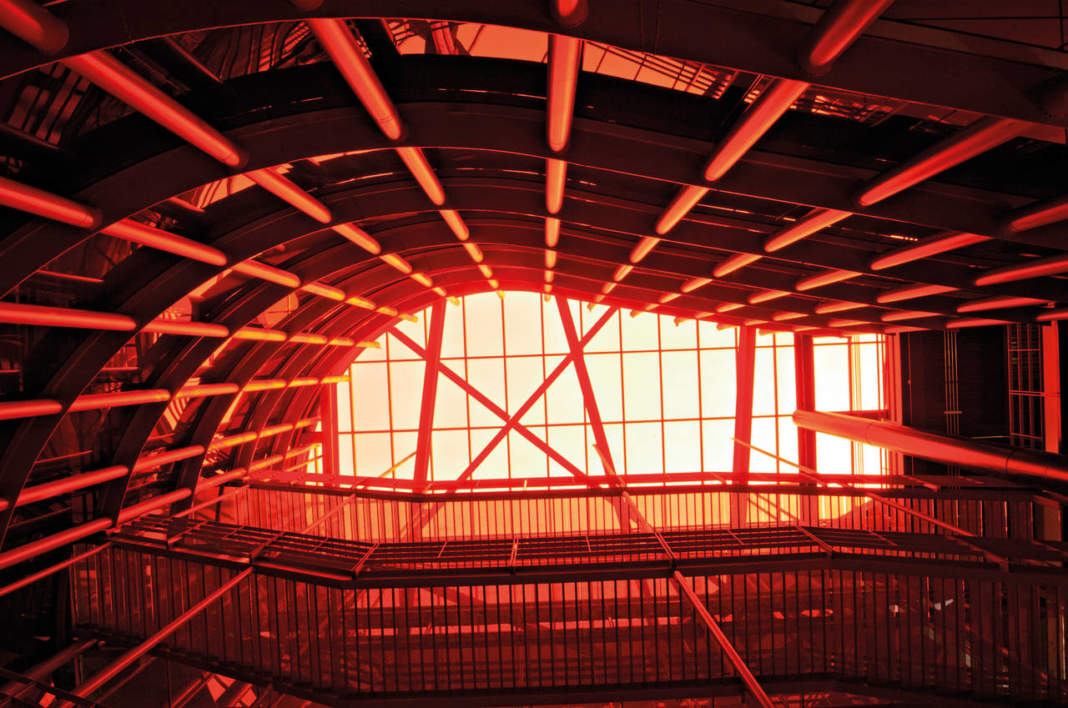 English writer Thomas Quincy talked in his classic (Confessions of an English opium-eater) of the pleasure that, after making sure all possible victims and risk were absent, a burning building can provide, one century after, Austrian pyromaniacs of Coop-himelblau used fire as a material in their firsts architectural interventions and Swiss French Bernard Tschumi theorized, radical, an architecture that produced a pyrotechnical pleasure so useful, he stated, as lighting matches. Reality, tragic in itself, provides us with less extreme pleasures than those written by the confessed opium eater Englishman and the neo avant-garde European architects, but probably more useful. Without avoiding some justice symbolism, state and municipal officials in Mexico City have decided to build, in the same site left by a terrible fire that left behind no good memories, a fire station and they have also wise fully selected the project by and invitation only contest. To the symbolic gesture we have to add, the usefulness of intervening in Insurgentes Avenue, one of the Mexico City’s most important, with urban equipment that, again- after many years of, in the best of cases, esthetic neglect- has been proposed as a contemporary architectural gesture conscious of it’s conditions and of it’s possible effects.
Due to the site’s conditions and the program, which includes besides the proper said fire station a space meant for capacitating and consulting for the general public, the chosen project for the station presents itself to the exterior like a simple elevated box that almost disappears behind a façade that appropriates it’s context in a game of reflections, floating over the maneuver and tank-truck area, this last one extends towards the street or, in inverse lecture, incorporates the urban space while generating it throughout the analyses of the truck movements. Inside the chromed box, both uses alternate and complement each other, organizing themselves through planes with perforations that vary in size providing light sources as well as communication between floor levels, as well as the classic steel tubes where the firemen slide down during an emergency. That way, making them share space thanks to the crossed sights in the patios, but without mixing them, the proposed solution achieves to intertwine both uses – the station and the so called, curiously, bomberoteca (library for fire men) – also connecting them, thanks to the height of the first level, to the street and whatever happens there. Once built the fire station, and emergency call will come and, with a less guilty pleasure than the one Thomas Quincy had with a burning house, watch with delight the complete and complex performance of this urban piece that takes the most needed urban equipment as a reflection and architectural action theme.

Founded with the clear intention to investigate and create new techniques for architecture in the contemporary city, a multidisciplinary group shares a need for integration among the capacities of logistics and the multiplicity of knowledge. Each member contributes within its particular field of experience together with its dedicated commitment for innovation. This methodology of associations tries to identify specific modes of action taking MEDIA as a tool that allows the understanding of TIME and SPACE. Architectural typologies are in constant mutation in order to survey on the idea of a SKIN as a surface that within its space allows the existence of a BODY. To explore the relationship between two autonomous but interrelated systems: surface and program, as instruments of negotiation. Through MEDIA ”Low-Tech High-Resolution” effects can be achieved, the set of relationships rule the materiality of the projects: Skin becomes the outfit that protects the body while the body contains all programmatic activities. The focus is placed on the relationship between the various spaces and their changeability over time rather than in the spaces themselves. www.at103.net