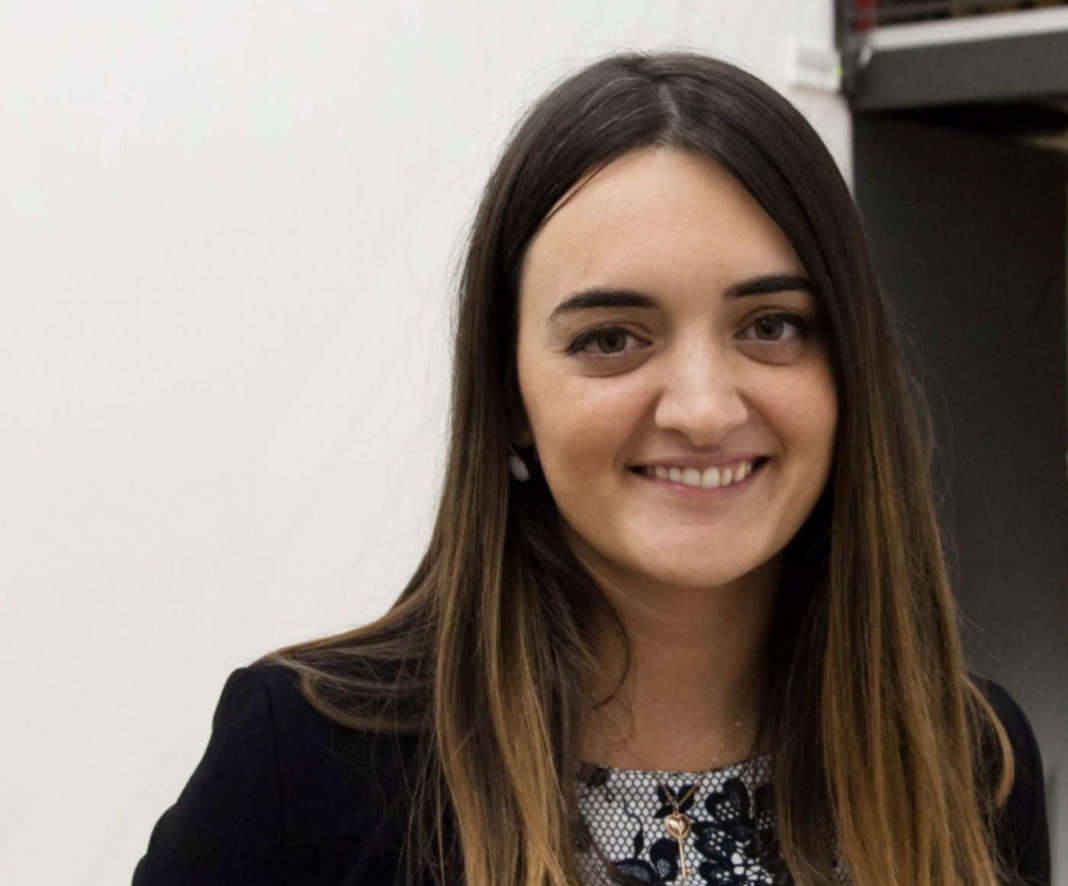 The purifying power of nature, expressed by applying revolutionary technologies to the physical principles of aerodynamics and the absorbency of natural materials such as active carbon, meets the quality of materials, expressed in a concept of solid transparency. Gaggenau Product & Brand Communication Manager Erica Sagripanti tells us about the features of the new GlassDraft Series 200 table ventilation system. 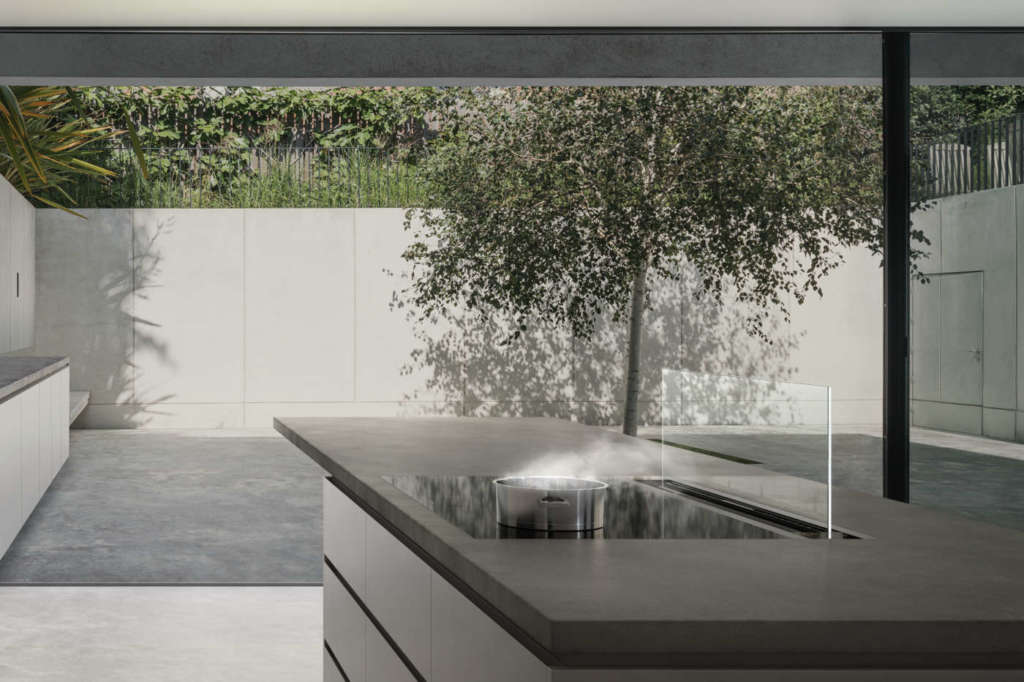 Davide Cattaneo: What are the benefits of table ventilation, and how has Gaggenau interpreted this theme in recent years?
Erica Sagripanti: A tabletop extractor offers a number of benefits for both the kitchen designer and the final customer. One very important aspect is design: a table ventilation system has a very elegant, discret aesthetic impact and adapts perfectly to interior solutions in which the kitchen forms a single convivial space with the living room. These extractor units combine refined aesthetics with other advanced functions and services. One of the principal benefits of table ventilation is the ability to capture smoke and steam on the source, right on the cooking surface, preventing them from rising and pervading the atmosphere in the room: a very important benefit for people who like to use bold cooking methods producing strong odours, such as electric grills or teppanyaki hotplates. The idea is to offer client and designer the utmost creativity, without compromising the performance of functional elements in the kitchen, around which Gaggenau has organised its design research in aspiration methods.
D.C.: What is the concept behind of the Glass Draft Series 200, and what are the goals of the project?
E.S.: The goal of the project is definitely to promote a concept of increasing integration of the aspiration and cooking systems, based on major structural and functional innovations. Perfect integration allows you to obtain the utmost benefits in terms of aesthetics, through elegant fusion of both appliances in a single invisible element appropriate for open-space kitchens and islands in the living area, and performance, through use of plates of glass which not only underline the transparency of matter, while underlining its sculptural impact, but play an important "operative" role supporting innovative Guided Air aspiration technology. 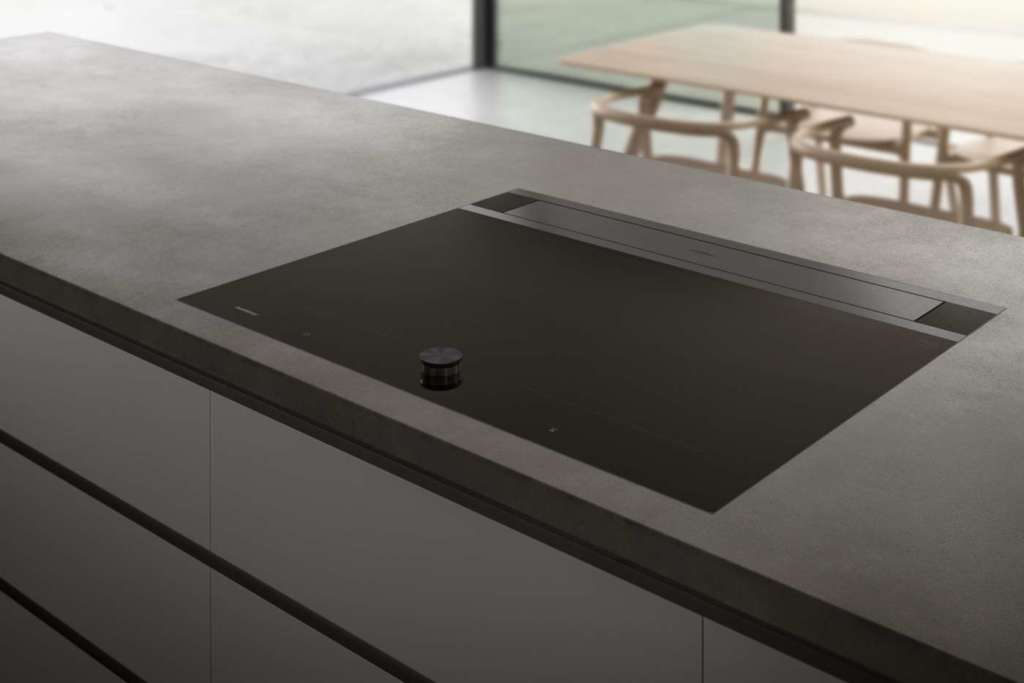 D.C.: What are the outstanding aesthetic features of the extractor?
E.S.: GlassDraft is based on a number of aesthetics and formal principles: minimalism, elegance and invisibility. It may be mounted flush with a 80 or 90 cm rimless induction cooker to form a single integrated appliance. When the user turns it on, an elegant plate of glass rises dramatically out of the cooker, ready to disappear entirely when you are finished using it, covered by a solid anodised aluminium frame with a Gaggenau Black finish. The transparency of the glass panel is underlined by elegant profiles of white light and has the ability to make the extractor the unrivalled highlight of the kitchen in which it is installed, without invasive visual barriers in space.
D.C.: Technology and performance. Which advanced systems are integrated into the GlassDraft Series 200?
E.S.: The GlassDraft Series 200 features innovative Guided Air technology, a true revolution because, unlike all the other telescopic extractors on the market, it is based on the action of an additional air flow from behind the glass panel, blocking the physiological rise of smoke and effectively conveying it toward the aspiration cavity. This system, combined with the performance of the compact integrated BLDC motor, ensures complete aspiration of all fumes from any position on the cooker surface, even from the tallest pots.