Inaugurated on April 5, 2019 in New York, the new building by American architects Diller Scofidio + Renfro named The Shed. This new space, nestled among the city's skyscrapers, will be an Art Center dedicated to commissioning, producing and presenting all kinds of performing arts, visual arts and popular culture. The Shed building was designed by the architects as a large roof that can be transformed according to the most ambitious ideas of the artists.

The eight-storey building comprises two levels of gallery space, a theatre, a rehearsal space, a creative workshop and a space for events on a skylit; a telescopic outer shell can move and slide along the tracks at the base. In this way the building is transformed into a large square able to double the footprint of the building for large shows, installations and events. 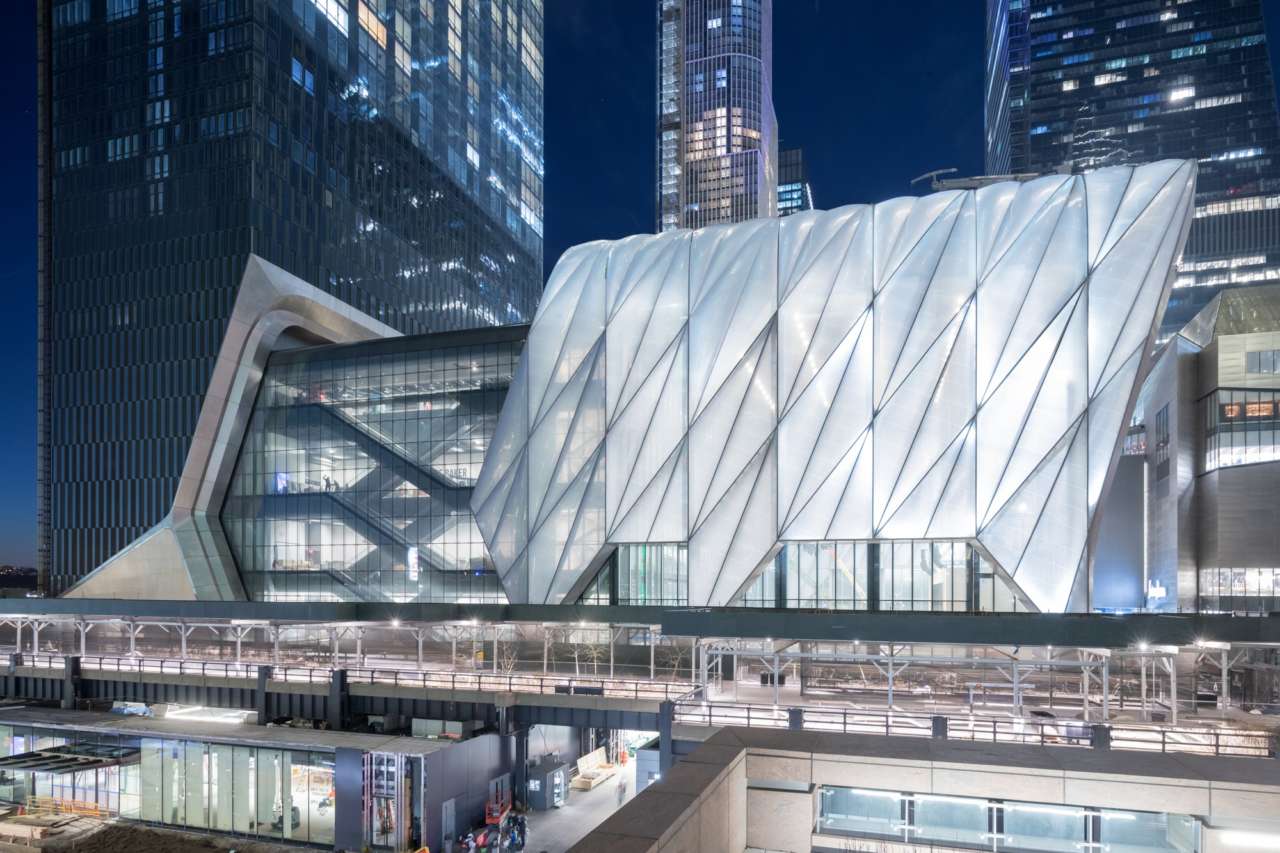 When used, the outer shell creates a room of 17,200 square meters that can be used for a variety of purposes. The room can accommodate an audience of 1,200 people seated and 2,700 standing; a flexible space between the two main bodies of the building allows you to expand the audience of the room up to 3,000 people. The entire roof of the Shed functions as a real theatrical bridge. The large doors on the level of the square allow the interior to be connected with the exterior, creating a large semi-public environment. 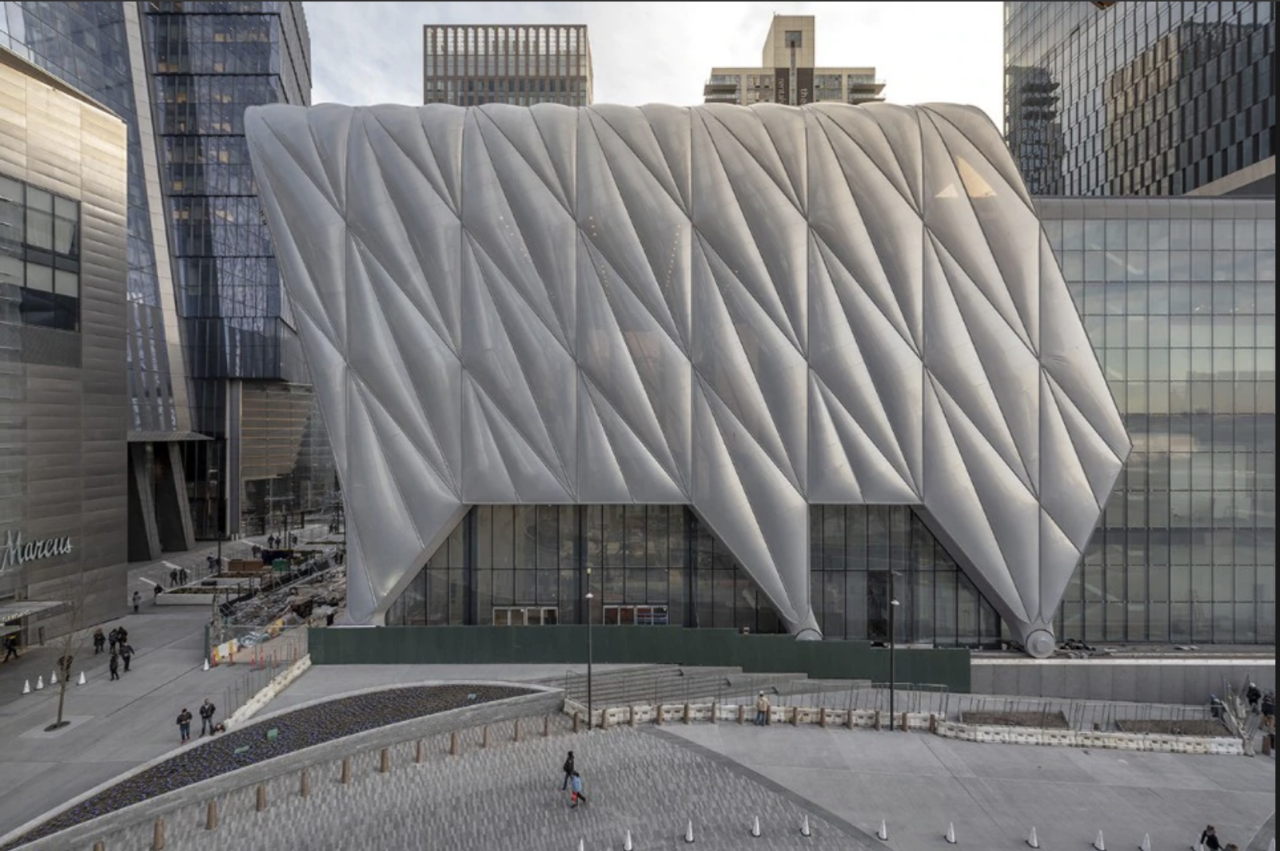 When the Shed's shell is positioned above the main building, the 19,500 m2 square assumes the role of a public space open to the city; in this configuration, the western façade can be used as a background for the projection of videos or installations. 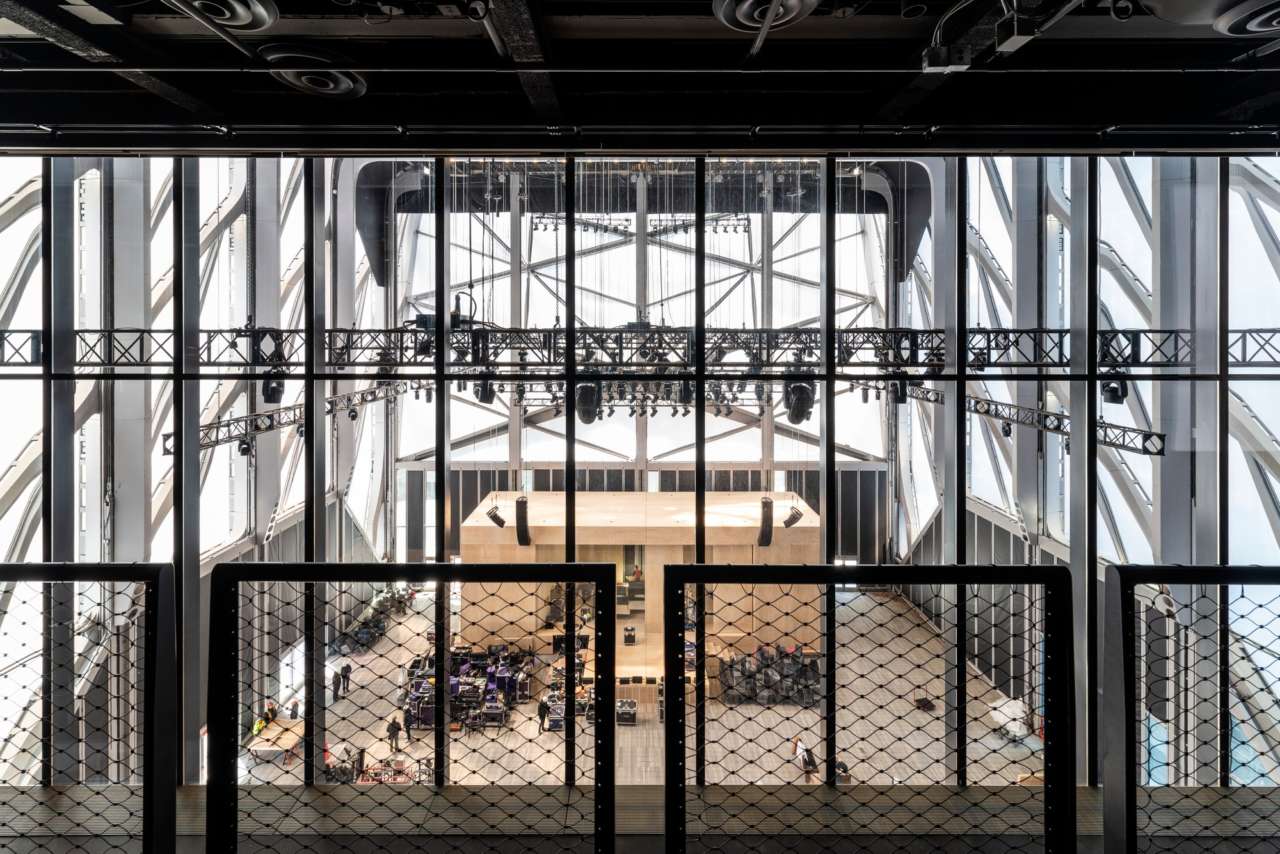 The building is able to expand and contract by moving on rails. This technology is inspired by the industrial past of the High Line and the West Side Railyard. Through the use of traditional construction systems for the fixed building and the use of gantry crane technology to activate the outer shell, the Art Centre is able to host large scale indoor and outdoor events on request.

The Shed is inspired by the multifunctional building of the Fun Palace, built by director Joan Littlewood and designed by English architect Cedric Price in the 1960s. Like its precursor, The Shed's open infrastructure can be permanently flexible for a future sensitive to scale variability, media, technology and the evolving needs of artists.