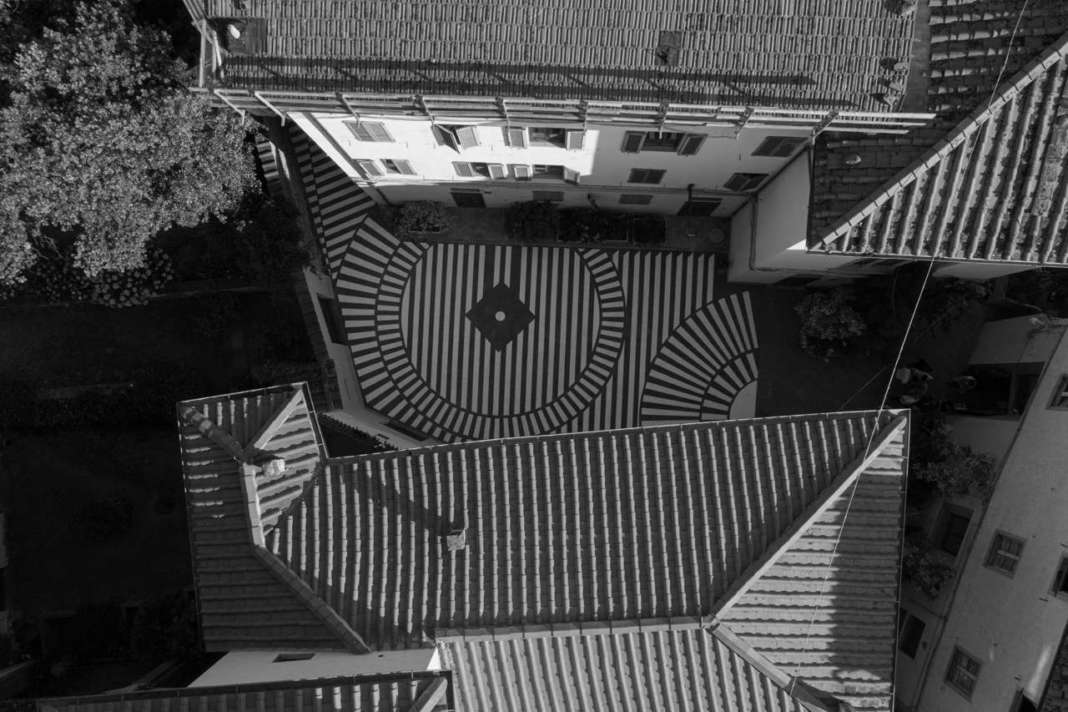 Romanico Automatico is an intervention to enhance the public space that is part of a process of recovery of a neglected area of the historic center of Pistoia, on which insists a pact of cooperation between the association Spichisi, some residents and the municipal administration. Through a program of artistic residencies and related events, the aim is to enhance the area of Piazzetta Sant'Atto and Vicolo dei Bacchettoni, a place that today is called Giardino di Cino. The first phase of Romanico Automatico consists in the realization of a drawing on the ground, the result of an abstract, though rigorous, manipulation of a series of compositional themes of Romanesque architecture. A few steps from the Duomo, the project aims to strengthen the identity of the area through the use of a graphic matrix well rooted in the common imagination of the citizens of Pistoia, establishing a dialogue of continuity and transformation with the many examples of Romanesque architecture in the historic center. 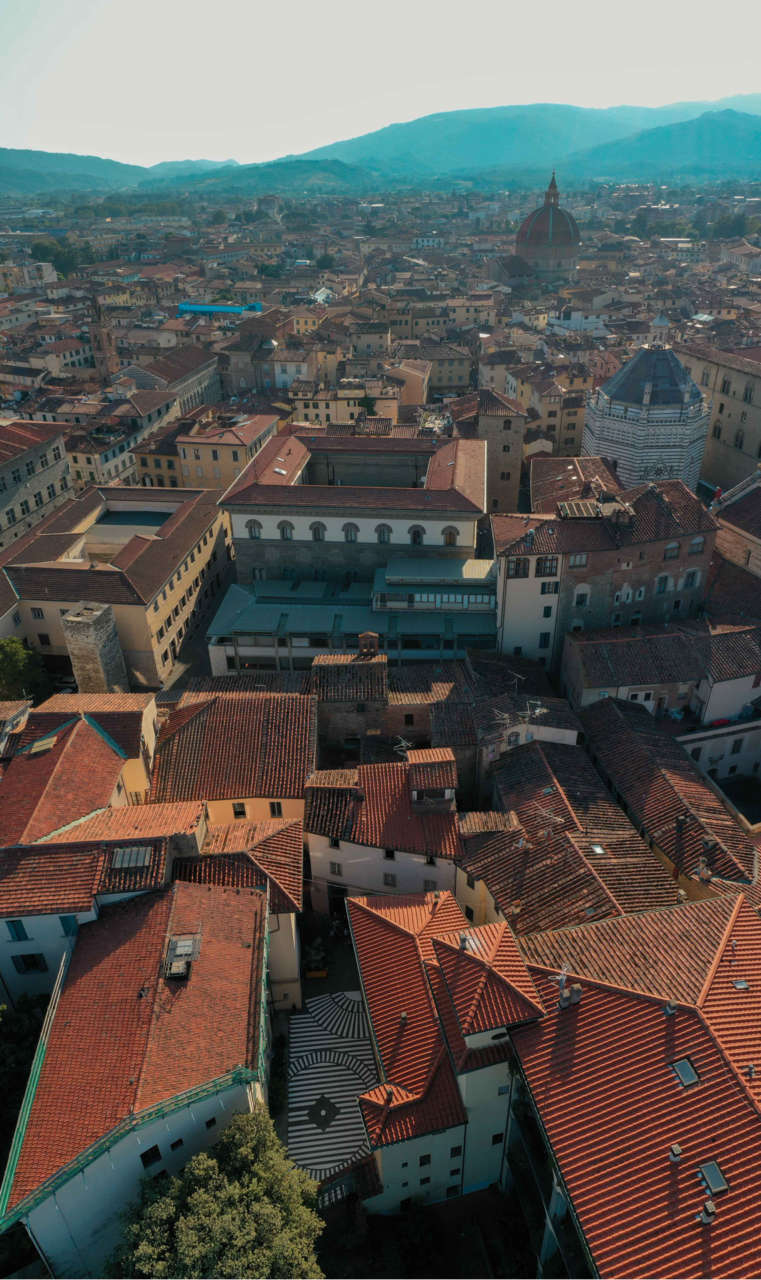 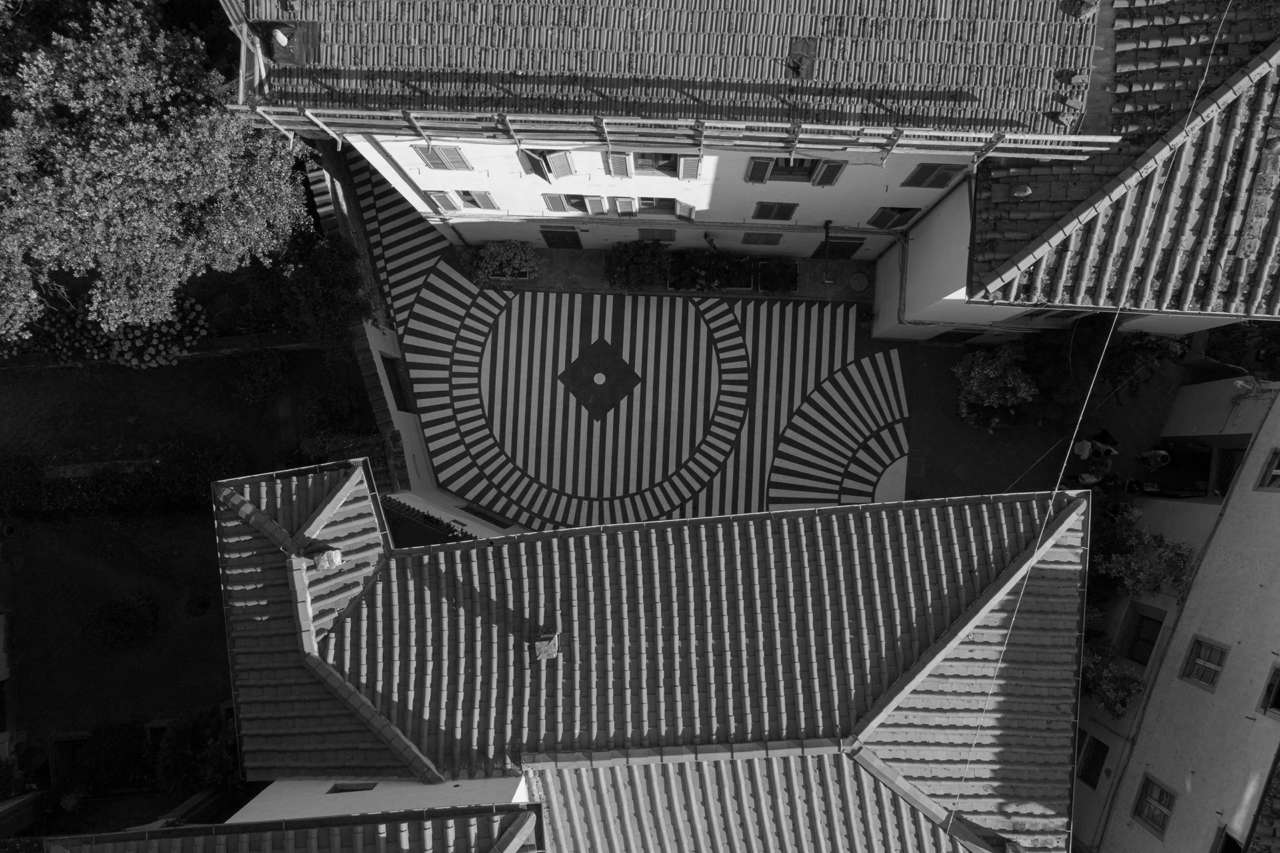 Despite its centrality, the project area is located outside the beaten track, hidden from tourists and residents, seems to evade any map and georeferencing system. Only three point entrances lead to this cut-out of the city, creating a structure similar to that of a small village. These spatial characteristics have made the area over time become the scene of illegal and disrespectful behavior of various kinds; the challenge of the redevelopment process carried out by the association Spichisi is based precisely on the desire to exploit the particular scale of this place, transforming it from a forgotten village into a public space, intimate and intimate, a sort of enchanted city populated by artistic interventions and devices of social aggregation.

Starting from these considerations, Romanico Automatico wants to amplify the intimate dimension of this space through the creation of a site specific inlay. The morphological configuration of this area is its most interesting feature: it is the result of a slow adjustment of the historical fabric of the city that by exclusion has given rise to two squares. And the relationship between the vertical fronts and the horizontal surfaces evokes the dimension of an internal environment rather than that of an external space. 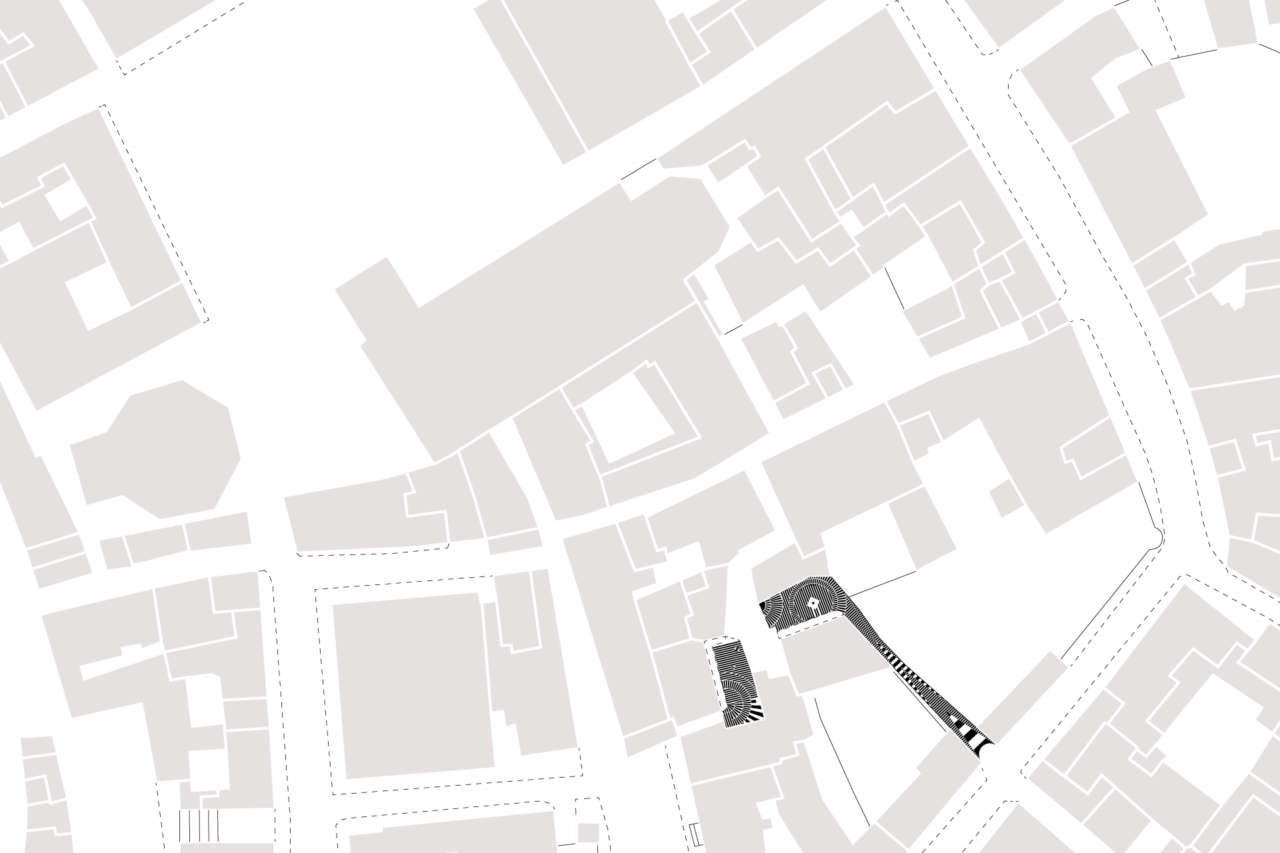 The enhancement of the flooring is implemented through a radical but at the same time rapid and reversible gesture. A design in white paint, able to highlight through its incisiveness, an area of aggregation and interaction. The relationship between full and empty, as well as the interruptions that the ashlars of the arched structures create with respect to the linear recursions, was designed starting from the observation and study of the façades of the Romanesque churches of Pistoia. The arched and circular figures were used to identify the fundamental points of the area: the accesses to public space and the central area. The design process and the realization process are the expression of a practice of promoting an inclusive, participatory and creative use of public space, in response to the need to assert oneself and the community in real, non-virtual places and moments.  The geometric construction of the floor has been specifically designed for these two squares. The careful development of the plan drawing, the verification of the measures and the numerous tests of realization are real actions of re-appropriation of the public space, they are actions of permanence. During the 6 days of construction, were stimulated and generated opportunities for discussion and exchange. The practice of the open and light construction site, which can be crossed and visited, the active participation of many volunteers who have faced the work with enthusiasm, have meant that ordinary actions such as preparation and cleaning of the surface, the measurement of space, painting, were manifested as catalysts of socialization.

This kind of practice, which finds greater possibilities of expression in the peripheries, gains the space of the historical centre.