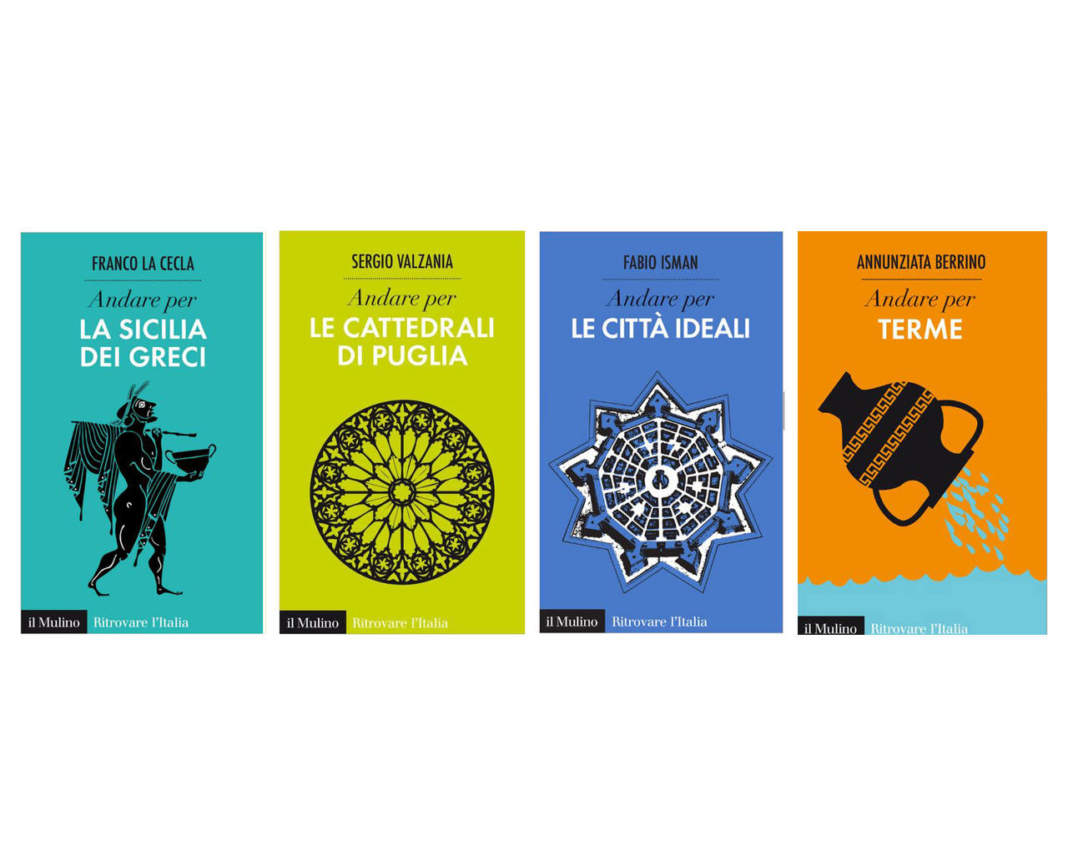 The set of 12 volumes published in the series “Ritrovare l’Italia“ (Rediscovering Italy), a recent proposal by the publisher Il Mulino, offers an opportunity to rethink the relationship between the Italian social situation and the immense public patrimony inherited: an artistic, architectural, literary, musical, linguistic, and scenic capital, which defined the character of a people, composed national identity and outlined Italian lifestyle, loved and imitated worldwide.
For centuries the entire European West has found in the streets of Italy, its origins and its sources of inspiration. But, today, with the emergence of small local homelands, the settling of new residents and uninterrupted flow of information, with neither author nor place, we must ask ourselves: are we still able to metabolise and reinterpret such an illustrious tradition, which in fact represents a complete work of art? What are the real and conflicting historical roots and what are the cultures of reference of the many social expressions of today?

In recent years, following a series of slogans, the need has been expressed for a weighted and detailed reflection on the historical origins of a national event, which in itself remains full of contradictions. Starting with the content of the essays, which form the series, each volume is an invitation to rethink a part of our history and to weigh the reasons that shaped it, precisely as the founding, essential moment for each recommencement.
For some time, it is said, that the greatest national wealth lies in artistic heritage. It should therefore be stimulated through thematic itineraries capable of thrilling and steering the paths of discovery among such exquisiteness. The approach aims to combine the essay on social history with elements of art history and architectural descriptions, revealing not only the structure of the places, but also the culture and literature that has permeated them. For this weighty task of reflection, brilliant young scholars and popularisers were summoned to reinterpret little-known works, suggesting itineraries of famous authors among history, myth and collective imagination.

In relation to the current items being published, cultural choices so far expressed by the series, can be grouped into three distinct heritages.
A first theme investigated concerns the Itineraries among excavations and myths of past civilizations. Hence the Etruscans, the Byzantines, the Crusaders, the Swabians, but also the Sicily of the Greeks, the Rome of the Templars, the Jerusalem of Italy, the cathedrals of Puglia, the ghettos of Jewish communities. The remote silence of the seats of religious orders are supplemented by the wounds of the recent past, with memories of the First World War. A second topic addressed concerns Itineraries among courts, squares, town houses and villas. Starting from the domus, the path highlights the great legacies of the Renaissance. The historical attention to squares and ideal cities accentuates the uniqueness of such perfect architecture, which under Palladianism already represent a first intellectual product for export, to the point of influencing the foundation of distant cities of the world, like Washington, St. Petersburg and Calcutta. The third theme concerns the Itineraries constructed on the basis of an elusive aesthetic tradition and thematic paths among intellectual surprises proposed by great individualists. We encounter spas, where ever since ancient times, the interwoven imagery of sacred and profane, expresses the high symbolic value of water: this calls to mind the healing destinations of pilgrimages, between water sources, caves and spas. And train stations, with their history of movement, technical systems and ornamentation, among waiting rooms and benches for farewells and departures. And finally, introduced among the ideal cities, we also encounter the confirmations of little-known places, such as Acaya (Lecce) or La Scarzuola (Terni), the singular dream of the architect Tomaso Buzzi.
The series dedicated to Ritrovare l’Italia proceeds in this way, from title to title. What other thematic itineraries documented by historical research, could still be of interest to the erudite traveller? There are numerous forgotten elements. For example, inlets and harbours; the places of production and industrial archaeology; the sets and theatres for opera; the refuges and the Alpine passes, and finally last but not least, the homes of famous people.