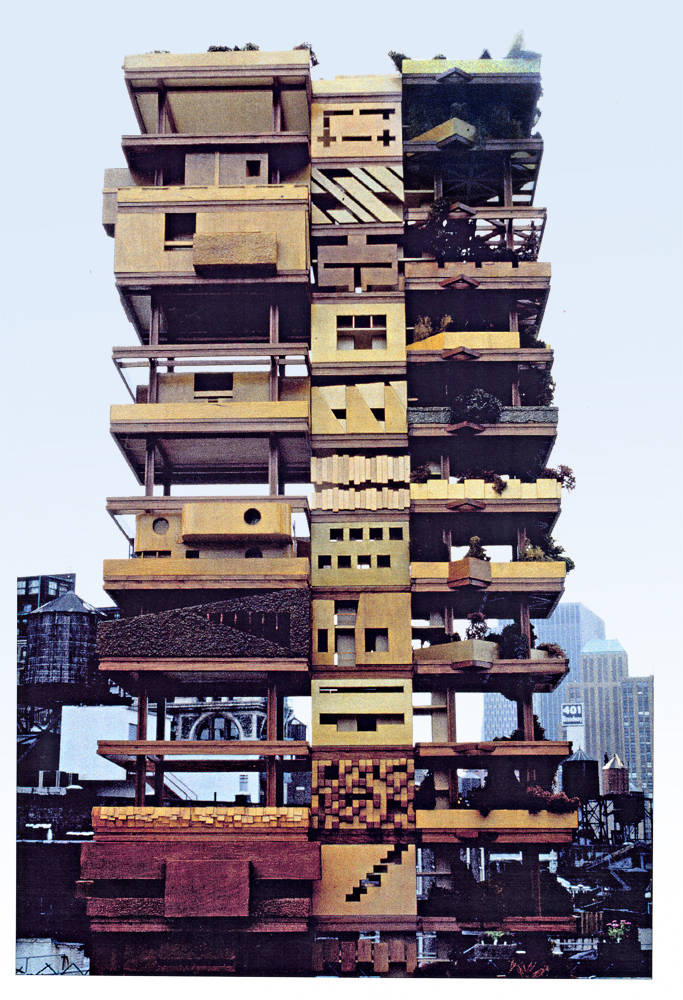 It has often been said that “when the spirit, the content of a work of art is lacking, the form prevails”. I have been convinced for years that this sentence faithfully mirrors, and in few words, the situation of postmodern and contemporary architecture. Since the great evolutions in terms of content of Le Corbusier, with the Cité Radieuse and Ronchamp, Wright’s Fallingwater House, Mies’ Barcelona Pavilion and a few other examples of buildings, there are have on the contrary been a great many constructions that only stand out by virtue of their form and outer appearance. Architecture is not, in actual fact, sculpture and this is why it is only accomplished when it expresses spatial innovation or a new typology. But today most buildings are merely so many examples of the “international style” when this movement asserted the same aims of standardized production as “International Communism”. On the one hand the same architectural expression for the different countries in the world, on the other the same ideology for different peoples on earth. In fact, if we look at a tower with apartments, or offices, the totalitarian and repetitive expression of the different facades is depressing.

It is surprising to see to what extent contemporary architecture has fallen behind as compared to other expressions of contemporary culture. It suffices to consider that it has not yet benefited from what the latter, more than fifty years ago, expressed with Pop Art. It should instead, like every other human expression, reflect reality and thus be able to avoid, especially in the most advanced countries, monolithic and totalitarian messages, on the contrary celebrating the freedom of individuals, their plurality, the difference of places, cultures and identities. In a nutshell: be an image of Democracy, which is not so much a guarantee of equality as a protection of differences. These are the premises that have made me introduce the “Pluralist Tower”. Ordinarily, when one has a building plot at disposal and is aided by another designer one plans a house, or an office, or a workshop, or something else. When, in the course of time, one territory has been superimposed on another. a new type of building has been created: the skyscraper. For economic reasons the repetition of different floors has become the characteristic, and with time also the weakness of this category. The design of the Pluralist Tower, on the contrary, is based on a different principle: superimposed territories equipped with the necessary services become platforms that may be bought by different owners who, with the help of other architects decide how to design the outer “skin” and the internal arrangement of every floor, with the result that a highly innovative building is created. The aggregate of the different architectural languages witness our time, its complexity, its diversity, its incoherent and heterogeneous nature, its multiple values, its energy. The tower would thus become the image of a political, pluralist, democratic architecture and a manifesto on the state of contemporary architecture. If this project were to be built in Milan, the city would vaunt the first pluralist architecture on its territory, and this would lead to great prestige and attention on an international level for the Lombard capital, with the consequent economic and cultural benefits.  Gaetano Pesce, October 2009.