Home Books Common goods. Towards a participatory notion of landscape 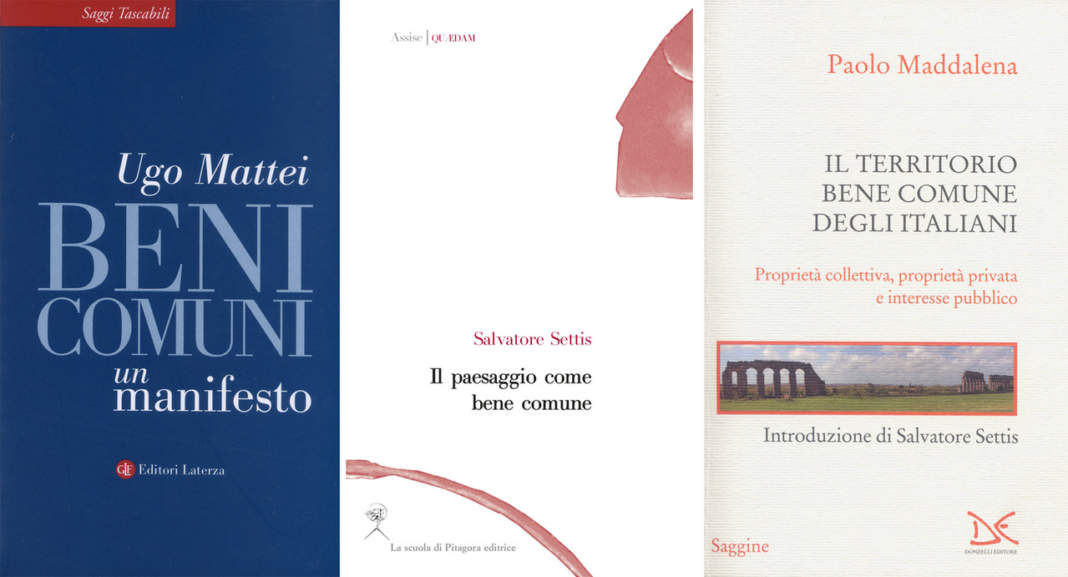 The notion of landscape is changing, and becoming richer; from place of relation and movement (Mouvance), to emblematic connotation of new dynamics that are nourished by change (Mutation), to place of new densities for the preservation of biological diversity (Third Landscape), the landscape now allows itself to be investigated in the light of its ethical, civil, juridical and moral implications in a debate which involves the entire country. Is it a moment characterized by politics? It would rather appear that the time has come for reconsidering older notions (from Carlo Cattaneo to Aldo Rossi) that see the territory as a collective, resistant web whose identity is determined by the demands, desires and projections of the community which lives in it. It is here that the figures of the landscape are confronted with the older, constitutional and administrative figures which speak of the landscape as an alien place for exclusive use. The time has come for reviving the concept of the commons.

Assets were initially public, owned by the state or local institutions. Then, with increasingly forceful arguments one has spoken of shared assets. The present-day explosive and magmatic situation is characterized by a desire to abandon the existing regime (of privileges, abuses, alienation of the rights of persons and citizens as well as other living beings) as soon and as responsibly as possible and, at the same time, to rid oneself of distorted dominant truths, to build new and radically corrected relationships. As three very significant recent publications clarify, it is not a matter of desires or utopias.

The first volume, Il paesaggio come bene commune or “the landscape as common property” is a “lectio” by Salvatore Settis, held in Naples and subsequently published as a plaquette. It is based on previous contributions as the fundamental Paesaggio Costituzione Cemento or “Concrete Landscape” published by Einaudi (2010), in addition to Azione popolare. Cittadini per il bene comune or “People’s action. Citizens for the common property”, also this published by Einaudi (2012). The recognition of the commons, the first reference of which consists of the landscape, cannot but originate from a lucid acknowledgement of the fact that individual interest must be subordinated to the common good and, thus to the prevailing public interest. The postulate is not an abstract principle but an institutionally backed one, as it is based on the provisions of the Constitution. According to the latter, and specifically to its art. 9, State and community are obliged to assume the landscape as common asset as a crucial test of its civilization in every declination of the various aspects (from juridical to ethical, to political, to economic).

Beni comuni. Un manifesto or “Common properties. A manifesto” by Ugo Mattei (2012) focuses on another axis, oriented at countering the effects induced by the processes of intensification involving the planet. A conscientious and partial study, as the subtitle points out, with polemological energy, property is placed on the scales and weighted with regard to what is just and unjust, rational and irrational, with a favourable eye to the just and the rational. The values which are posed in irreconcilable antithesis are rooted in the terrible contradictions of our time. One of the central issues is a possible liberation from the suffocating embrace of privatizations and the restoration to the individual, and more in general to life, of dignity and freedom. The path to choose, according to Mattei, is “that of institutionalization, at any level which is politically possible, of a joint government of shared properties”.

A consistent analysis of the reality, also juridical, is contained by the treatise Il territorio bene comune degli italiani (the territory as shared asset of Italians) by Paolo Maddalena, Donzelli (2014). Also here the focus is on the most topical issues in present-day Italy. The second part of the book discusses the economic-financial unbalance, while the first tackles the problems of the devastations of the environment and privatization, which has taken on a proverbial profile in the country. The prudent and solid logical reasoning does not so much tend to defend the interests of the cultural assets and in other words the environment, as in the case of Settis, as the irrefutability substance on which we stand, namely the territory, observed from a viewpoint of the decisive orientations of the Constitution and the fundamental laws governing a balanced life.

The passionate discussions dedicated to these issues, aimed at changing the present trends, are anything but marginal with respect to the theme of the city; they are nothing but a certain verification of the fact that the city of man, of complex and interactive planetary dimensions, urgently needs a new trend of reflection, a balanced intelligence and good administration.