The Hill House is one of the most important works by Charles Rennie Mackintosh, one of Scotland's most acclaimed buildings, and a fundamental part of early 20th century European architecture. Built in 1902 for the publisher Walter Blackie and his young family, it is located in Helensburgh (30 km west of Glasgow) and offers panoramic views to the south of the Clyde River estuary.

Machintosh's domestic masterpiece is like a 20th century Scottish tower house, with its rough walls, slate roof, asymmetrical window layout, picturesque roofline, and lack of historical ornamentation. The house proposed a radical layout and three-dimensional spatial progression, and although the architecture was made part of the picturesque Scottish baronial tradition, Mackintosh was also clearly influenced by the contemporary technological advances coming from Modernism occurring elsewhere in Europe. This unusual hybridisation of tradition and invention in the construction of the building has led to some fundamental long-term problems of prolonged water damage that required a major conservation project to help the house survive.

Rather than imprisoning the house out of sight during restoration, a more radical approach to active conservation has been adopted. As an integral part of this conservation process, which is expected to take up to 15 years, the project proposes a temporary "big-box" museum to contain and protect the Hill House as an "artifact", while continuing to allow access to the house for visitors.

The new museum's architectural identity will be a huge, abstract gardenesque pavilion whose walls are entirely covered with a stainless steel wire mesh. This semi-permanent enclosure provides the original house with a basic shelter for drying, while its existing construction, soaked in rain, is slowly repaired. This delicate enclosure also allows for an uninterrupted view, day and night, from the landscape to Mackintosh’s architectural icon. The cross-braced steel frame was designed to be grounded with minimal impact on the existing terraced-garden landscape.

Within this safe and protected working environment, the "museum" will offer the public a remarkable conservation experience in progress, achieved through a high elevated walkway that winds around and above the Hill House. The museum enclosure will also contain visitor facilities in a separate wooden building. 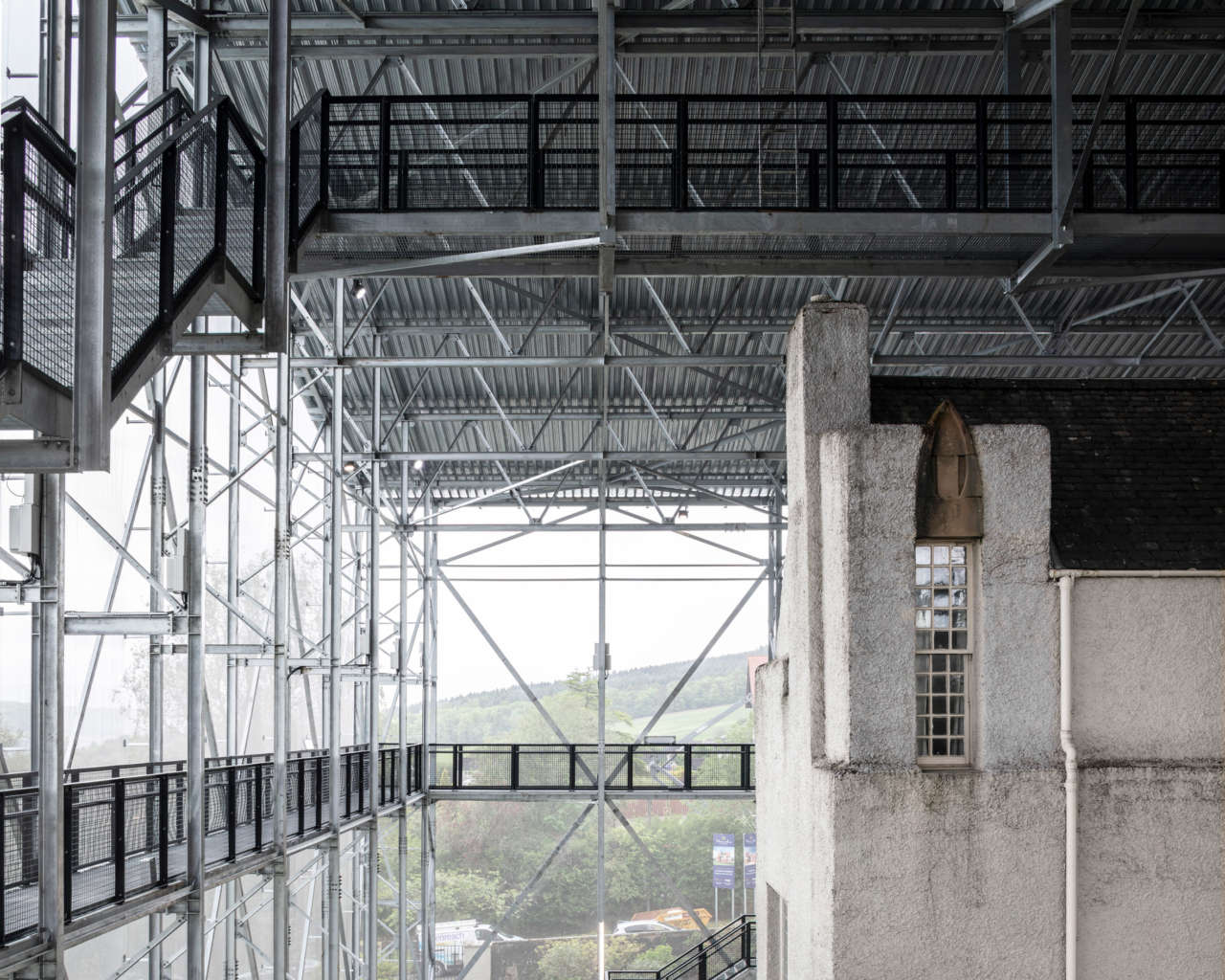