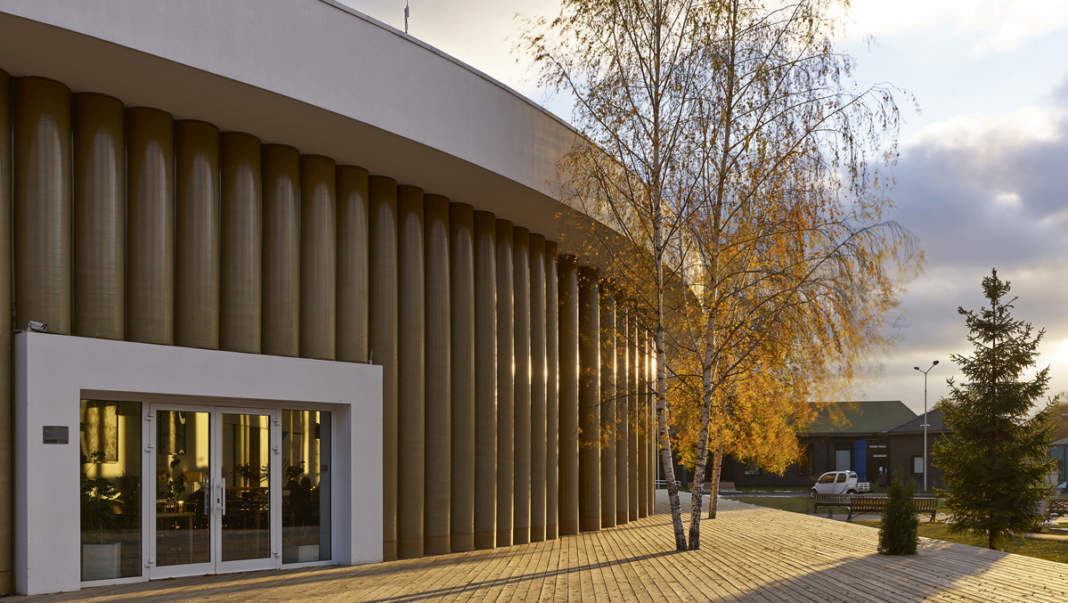 Founded in 2008 by Dasha Zhukova, the institution of the Garage Museum is currently based in a temporary pavilion in Gorky Park created specifically for Garage by architect Shigeru Ban. In 2015, the Museum will move to its first permanent home: the Seasons of the Year pavilion.Rem Koolhaas is the architect who will convert the nearby former home of Garage into an about 17,000-sqm museum. Shigeru Ban's structure was opend to public on October 2012, it represented a new venue for exhibitions, lectures, workshops, film screenings, concerts and kids activities, with cafe and book store.
Ban's design for the Garage‘s new temporary space – situated by Gorky Park's Pionersky Pond – uses locally produced paper tubes to create an oval wall. The total area of the pavilion measuring 2,400 square meters. The architect, talking about his interest in working in this project, said: 'I was interested in working in Russia first and foremost because of Russia‘s culture, architecture, music and art and due to its geographic connections with Japan. Although Russia and Japan are neighbours, we have very different cultures. Garage is well-known in the international art community for its progressive projects. The construction of the temporary pavilion is both efficient to construct and affordable by using local materials produced in St. Petersburg.'