Cities are defined by the natural features that help form them. In Australia, such axiom is a given for Sydney, so clearly shaped by its harbour and sandstone cliffs. In Melbourne, by contrast, surface and topography would seem to betray the genie of the place’s lack of interest for the fate of the future metropolis, lying horizontally across a radius of 35 kilometres. Appearances, however, can often be deceiving; for Melbourne, in fact, they have been so from the very beginning of the European occupation, at the beginning of the XIX century; then, due to a major storm, the first scouting expedition failed to recognise the Yarra river as fresh water and moved on, leaving the land around today’s Port Phillip bay in control of the five aboriginal groups that formed the Kulin nation, who had inhabited it for 30,000 years. To witness formal European occupation of the very same Yarra banks, one had to wait another 30 years, until 1835, when a ship berthing area was established at a point where low waterfalls formed the demarcation of the tidal point and fresh water, and where the river widened. This constitutes the first outpost of the city that will be traced on a rectangular grid two years later, and will explode in the 1850s with the discovery of the gold fields. Though critical in the location logics of the future city, the low Yarra falls were soon blasted out of the memory of a Melbourne that was growing, not unlike Los Angeles, more inland than towards the water, also because of the presence of vast wetlands along the river and in the direction of the bay. As a matter of fact, it will take over 150 years for city planners to turn their focus back to the waterway on which the city was founded.
Almost an equal amount of time has been necessary for building technology to facilitate multi-storey construction on the alluvial flood plains south of the original city grid, so as to accommodate firstly the expansion of the cultural and commercial city centre, and secondly the massive urban redevelopment along the waterways of former docklands, in line with the by-now classic redevelopment dynamics of the post-industrial city. It is from its very start, instead, that the discovery of gold sets motion to a process of economic wealth generation and rapid population expansion that will play a fundamental role in the transformation of Melbourne from geographic outpost to absolute centre of Victorian architecture. Between 1901 and 1926 architectural pressures change, in line with Melbourne’s investiture as temporary capital of Australia, while Canberra was being developed. Aligned with this period were forays into what constituted an Australian architectural style, made manifest through decorative motifs that interpreted the Australian landscape through its flora and fauna.
Such foundations are further enriched by the great post-WWII migration, which contributes to make Melbourne into one of the world’s most ethnically diverse cities, but also a melting pot of cultures and architectural references that still filter today’s production and debate.
Unconstrained by natural barriers and still subject to rising population pressures, the horizontal city continues to grow outwards, and the city’s engagement with alternate models of urban development, building typology and infrastructure supply have become more overt as the sustainability agenda presses for serious debate on appropriate urban morphologies.
The natural waterways of Melbourne have been (almost literally) reconsidered as transport routes, primarily as locations for freeways, and it is in such guise that they have now become the domain of considered architectural design investigation. The horizontal city, however, has provided and still provides opportunity for designers, to such an extent that residential architecture continue to be the mainstay for a local architectural practice characterised by small size and a dense market for professional services. Over the last few years, successive state governments have sought to use investment in infrastructure, education and civic buildings in conjunction with regulatory planning controls to address the dynamics of Australia’s economic and population profile. In doing so, they have made attempts to mould the city with varying degrees of success.  Melbourne’s population has reached 4 million, yet it still remains a city of low urban density, poor connectivity and low engagement with the public realm. Many of the buildings featured here offer moments of reflection on such issues. 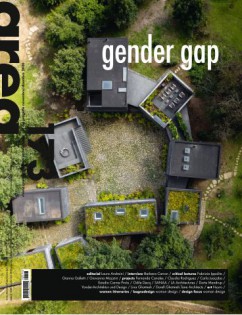