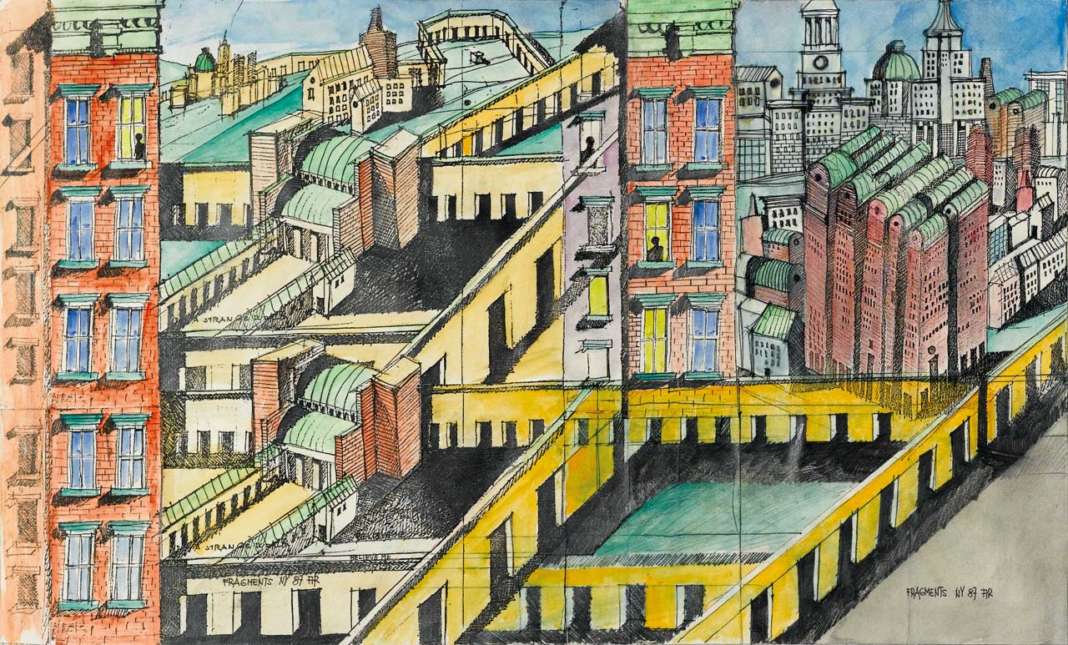 The exhibition "Aldo Rossi and Reason. Architecture 1967-1997", curated by Cinzia Simioni and Alessandro Tognon with the Aldo Rossi Foundation, presents a selection of architectural works designed and built by the Milanese architect that serves, still today, as an essential reference for research and the study of urban science.

Set up in the magnificent Salone di Palazzo della Ragione, one of Rossi's architectural archetypes, the exhibition develops chronologically from the 1960s to the 1990s through over 150 original works including studies, paintings, drawings and models. It features everything from his Monument to the Partisans of Segregate (1965-1967) to the "Salvatore Orrù" Primary School in Fagnano Olona (1972-1976), from the Town Hall of Borgoricco (1983-1988) to the reconstruction of the Teatro La Fenice in Venice (1996).

The extensive design chronology presents 34 different architectural structures and is enriched by some design objects, writings, and photographic and filmic documents.

The four architectures emblematically lead the visitor from Rossi's debut with the Cemetery of San Cataldo in Modena (1971-1978), to the affirmation of his iconic status with the Teatro del Mondo in Venice (1979), to his international recognition with the Hotel and Restaurant Complex Il Palazzo in Fukuoka (1987-1989), and his competition project for the Deutsches Historisches Museum in Berlin (1988).

"Aldo Rossi e la Ragione" is a tribute to the "reason" so sought after by Aldo Rossi: one that is able to determine the function of spaces and forms in architectural design, and develop the criteria that make it possible for them to have a deep relationship with the context, even in a future setting. The title of the exhibition is also a tribute to the monument in Padua that has been able to reinvent itself over the centuries while keeping its formal identity intact, establishing itself as an excellent example of urban architecture.

The opportunity to host the exhibition in the spaces of the Palazzo della Ragione is also consistent with Rossi's humanistic, rather than architectural, vision, which he wrote about in his book L'architettura della città:

"In all the cities of Europe there are large palaces, or building complexes, or aggregates that are real pieces of the city and whose function is hardly the original one. I now have in mind the Palazzo della Ragione in Padua. When you visit a monument of this kind, you are surprised by a series of questions that are intimately linked to it; and above all you are struck by the plurality of functions that a palace such as this can contain and how these functions are, so to speak, completely independent of its form and that, however, it is precisely this form that remains imprinted on us, that we live and travel through and that in turn structures the city".