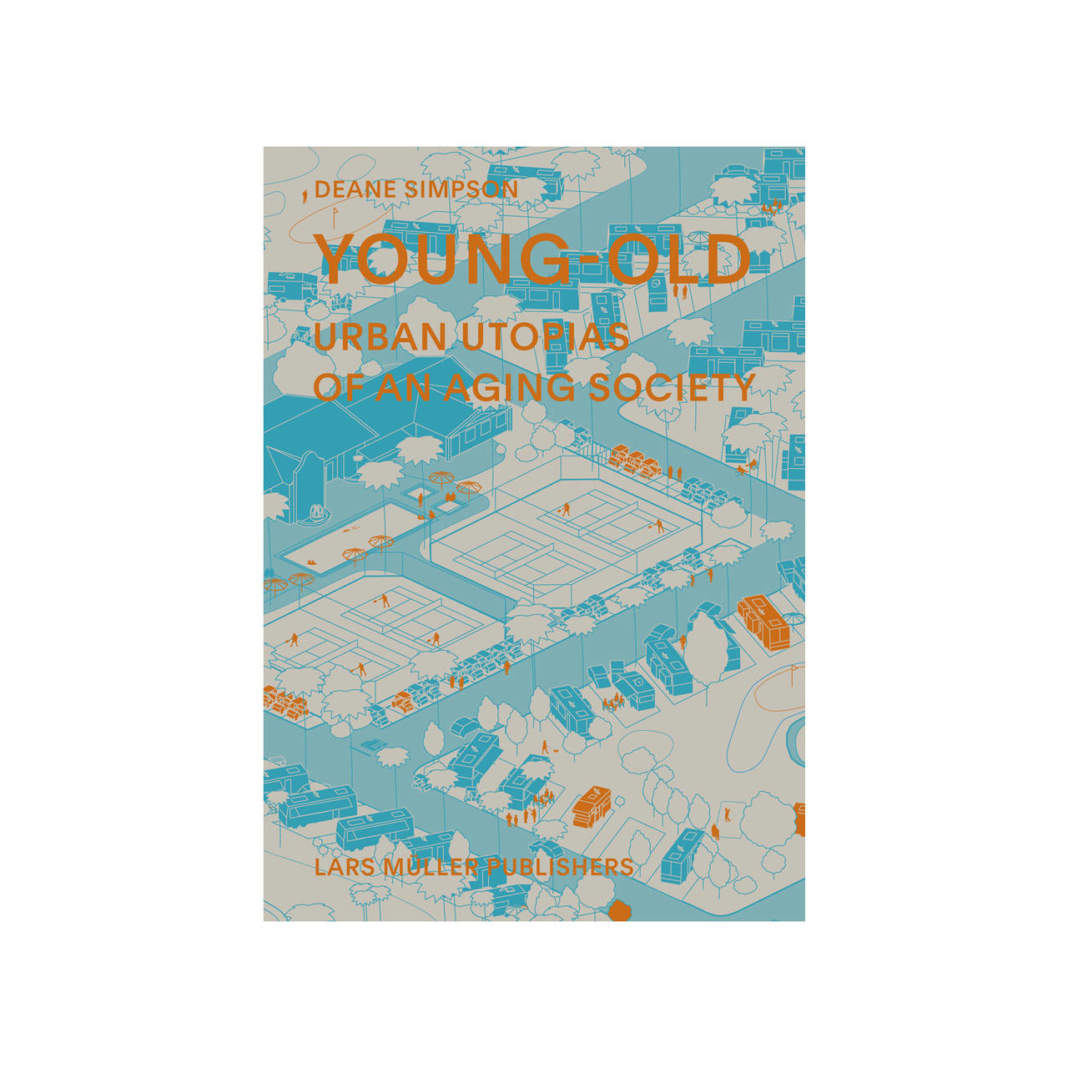 Young-Old investigates the contemporary architectural and urban transformations recently occurred as a result of one of the most significant phenomena of our time: population aging. Deane Simpson, architect and expert in urban studies, defines "young-old" that range of population over 50 or already retired, but still considered young. The lack of urban studies about this "new seniors" encouraged Deane Simpson to develope a doctoral thesis reseach started in 2005 at the ETH Zurich. He began with an analysis of some of the most emblematic urban utopias of the twentieth Century: Youngtown, Sun City in Arizona and Laguna Woods Village in California. Moreover he deeply examinated four case studies: The Villages in Florida, the largest retirement community in the world, consisting of over 100,000 inhabitants over 55 years old; "Urbanizaciones" in Costa del Sol, Spain, a retirement community mostly composed by foreigners; Huis Ten Bosch of Kyushu in Japan, a theme park that recalls the typical Dutch landscape with channels, hosting 500 retired people and a community in the United States, consisting of 2 million elderly recreational vehicles. Those "Urban Utopias" were born to propose an alternative human scale city model, but well equipped with services for elders: golf camps, parks, plazas, restaurants. An interesting investigation where Deane Simpson using diagrams, texts, drawings, maps, infographics, explores the subjectivity, the community, the size of escaping and empowerment of these socio-spatial practices.

What was Youngtown?
“In the beginning, it was a dream. It was dreamed by a man, who had seen an old and honored friend “outlive his usefulness”.
The dreamer watched in sorrow as his friend idly and aimlessly rocked to and fro in a chair at an old folks’home.
That was how it began.
The dreamer promised himself and his friend that if there was anything under the sun he could do to make old age happy rather than hapless, then God willing, he’d do it!
…Ben Schleifer’s dream and promise began to come true five years ago when the then Governor of Arizona, Howard Pyle, dedicated a brand new town being erected in the desert.
And it was called Youngtown. But this was the beginning. This was merely the site where the dream and promise were yet to be fulfilled.
The people who were to come here would have to turn the houses into homes, the buildings into a community.”

What is youngtown?
It is a 5-year-old community of 700 welltended, neatly landscaped homes on a desert oasis 16 miles from Phoenix. It is “home town” to 1400 people who are retired or over 50…
It is a town devoted to the leisure life – swimming, fishing, bowling, dancing, card games, pot luck dinners, picnics, garden clubs, bingo, shuffleboard, that, come to think of it, sometimes is more lively that leisurely.
What is Youngtown?
It’s the place where the people killed Loneliness, instead of dying of it.
It’s a place that proves people must be busy to be happy, and that it is extremely easy to be busy though retired once you get the hang of it.
What is Youngtown?
It’s revelation, revolution, rejuvenation.
It’s a revolution against the fear of old age. Fear has become Fun. Old Age equals Enjoyment.
It’s a rejuvenation when an oldster has purpose, hope, incentive, and entity, is needed and beloved by his neighbors and community.
And that’s what Youngtown is.

Deane Simpson is an architect and urban studies expert who teaches at the Royal Danish Academy School of Architecture Copenhagen and at BAS Bergen, where he is professor of architecture and urbanism. He received his master’s degree in architecture from Columbia University and his doctoral degree from ETH Zürich. He is a former unit master at the Architectural Association in London, faculty member at ETH Zürich, and associate at Diller + Scofidio in New York. His writings have appeared in journals such as Volume, Arbitare, the Architectural Review, Monu, and Archithese.