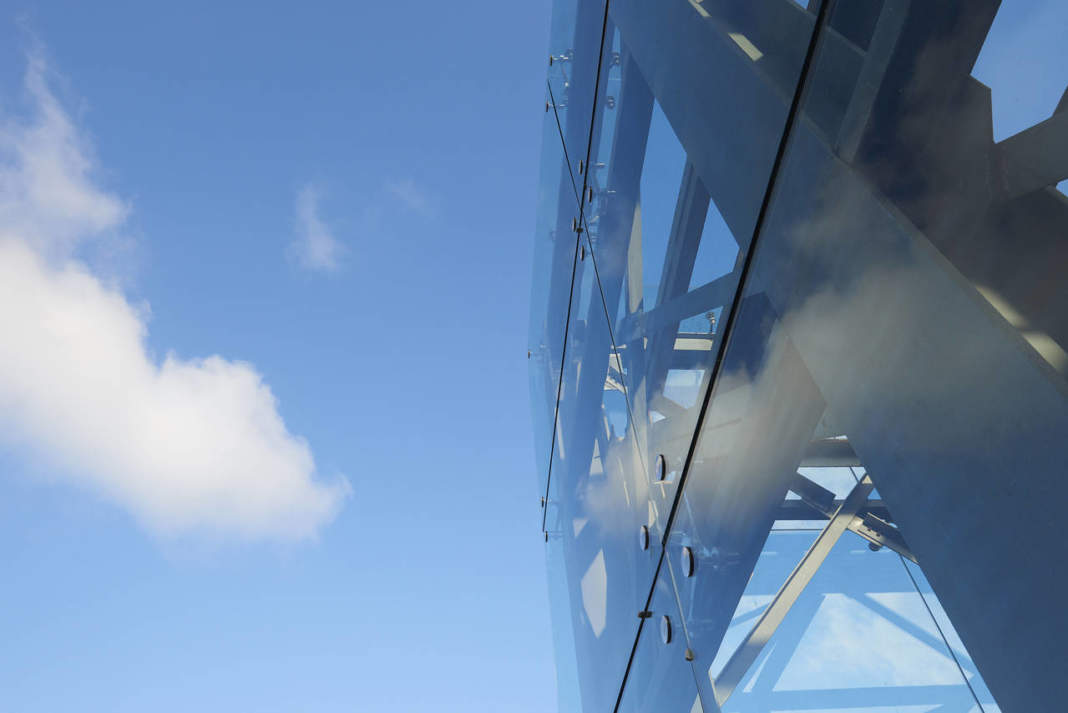 Faced with the possibility of creating better technological conditions for the interventions of the Cámara de Rejas del Sifón de la Bahía de La Habana, the designers were asked to mask the installation to protect and enhance its architectural, urban and environmental image.

At the same time, it was necessary to create a space equipped with adequate security conditions for operators controlling the structure. The design chosen has endeavoured to resolve a paradox: despite being considered one of the Seven Wonders of Cuban Engineering, the project has long been ignored by most of the population, since submersed by piles of rubbish, an old and dilapidated crane and rusty zinc sheets. The work is mainly based on the recognition and enhancement of this great engineering feat, ignored for over a century. The idea of using the shape of the cube lies in the desire to create a structure that dialogues with the context, using simple geometry and essential volumes, which with dimensions of 9x9x9 metres, complies with the technical and functional requirements set by the company Aguas de la Habana.

The cube appears as an open, diaphanous structure, composed of two parts: an inner opaque box that facilitates the protection and correct functioning of the siphon, and an external transparent box, which displays the work process, at the same time dialoguing with the public space and passers-by. The cube not only represents a new urban sculpture and a new reference point for the city’s old town, but also plays an educational role since it was devised to inform and raise awareness with regard to its functioning and sustainability criteria. By night, the structure which operates 24/7, lights up like a lantern suspended in the darkness, to accentuate one of the entrances to the old town and thus becoming a symbolic and spiritual element.