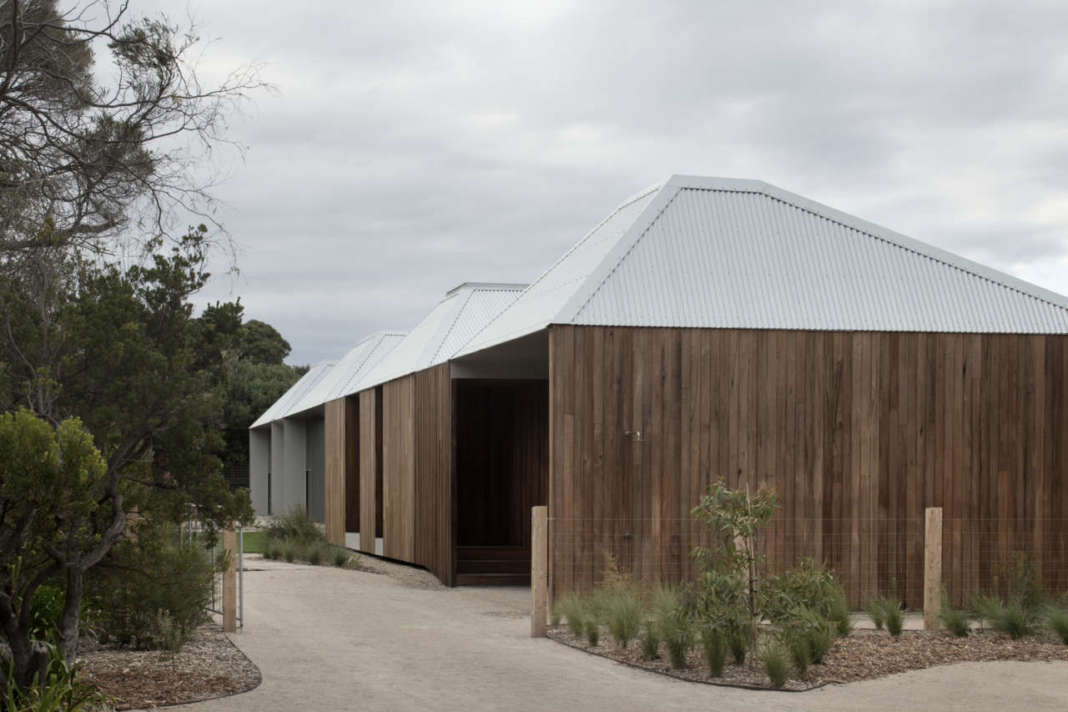 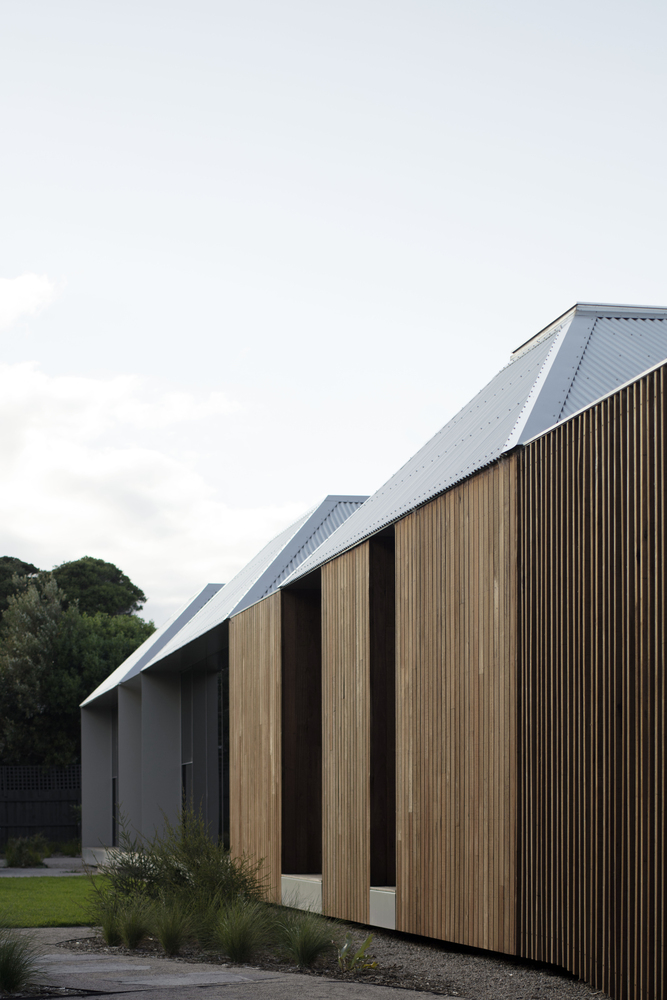 Point Lonsdale House is a linear beach house composed of four interconnected pavilions, each defined by its own form of vaulted roofing and enclosing within it the separate functions of the house. The house has a shape that adapts to the east-west orientation of the site and is aligned with the southern border to allow the living spaces to interact with the long garden to the north. Each of the forms of the pavilion is divided to the south by a series of private gardens with courtyards and protected bridges, which provide the house with a complex relationship with a series of outdoor living spaces. Formally, the house was designed as an island between the surrounding coastal landscape and is raised and slightly overhanging the countryside level. Over time the native gardens overlap and surround its perimeter. The slender house has a monolithic, roughly structured wooden elevation relative to the road, while at the same time allowing an oblique view of the long north and more private side of the house that moves away in the garden space deep into the site, suggesting patterns of use.

The living space pours sideways into a large informal space that recalls the simplicity of the traditional vernacular of a house on the beach, which mimics a tent built rather than a refined urban house. Another operable wall opens onto a more private bridge between the kitchen and the living room space. A long glass sliding door with steel frame allows this bridge to become an extension of the informal lounge space, and thus to reconnect the pavilions of the house through a secondary network of connected outdoor rooms.