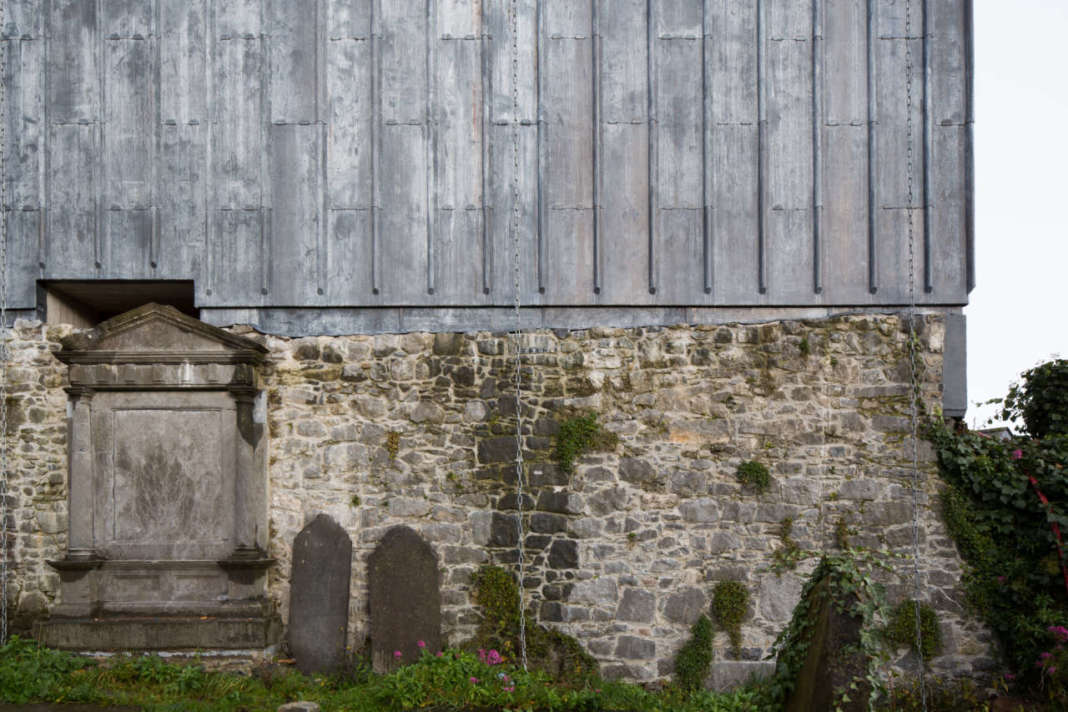 St Mary's Hall, previously known as St Mary’s Church, is situated in the county of Kilkenny and was founded in the 13th century as the parish church of the city. Used for this function, and then as a freemason space hallway through the 20th century, the building was bought by the Kilkenny Borough Council in 2010 with the assistance of the Kilkenny County Council and the Department for the Environment, Heritage and Local Government. The original building was constructed from a cross-shaped stone structure in the 13th century, and has a tower that was constructed in the following century at its far west side. The church is placed in front of a graveyard, which is marked off by high walls on the backside, and which is accessible by the High Street. The cemetery – now no longer in use – was recently opened as a public garden for the city and its inhabitants. It is a monumental cemetery where you can pay homage to prominent personalities from the Middle Ages to the 20th century who have found their last home here. 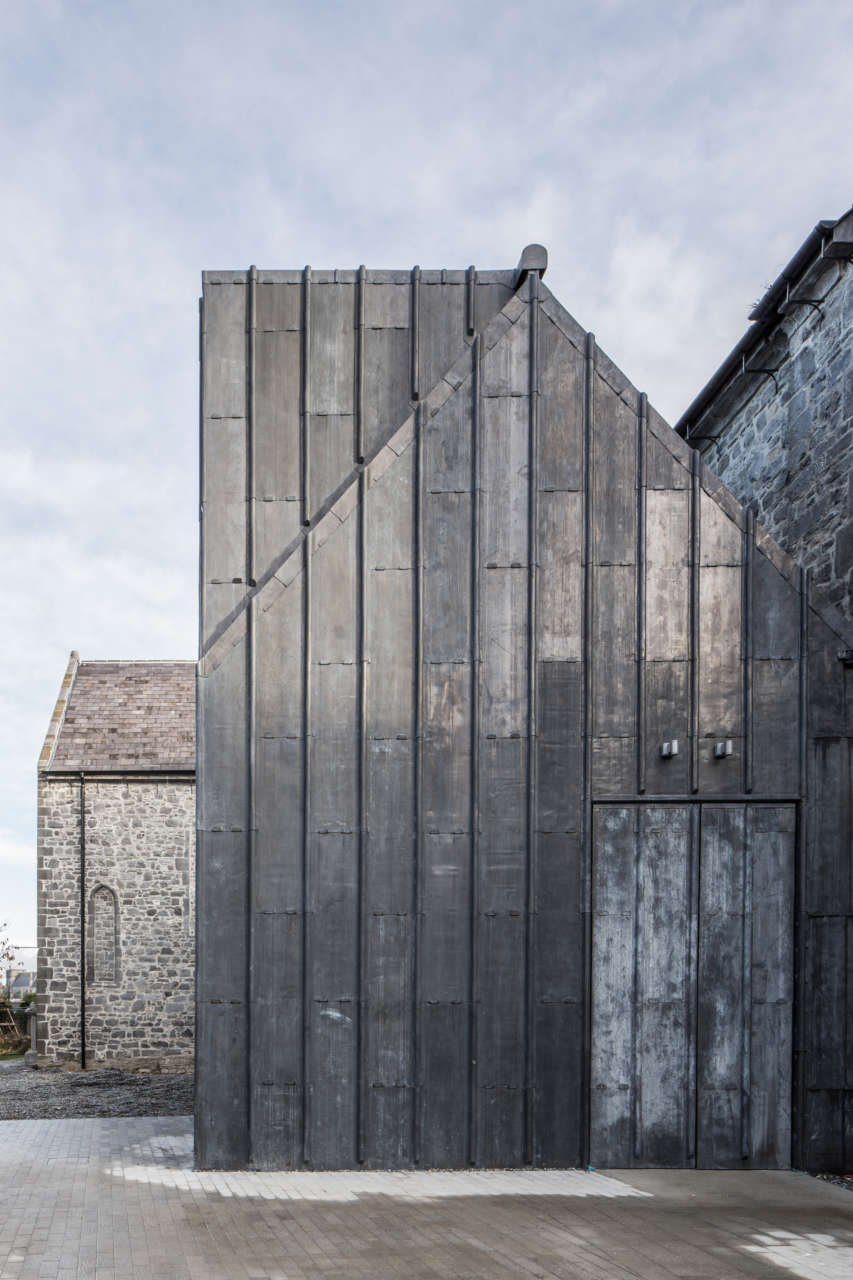 The project was entrusted to the Irish architects McCullough Mulvin Architects who have combined a careful analysis of the old building – thanks to the expert help of archaeologists – necessary to the restoration of the original church, to a project idea that would bring a contemporary lease of life to the structure destined to be destroyed by time. Two new additional elements that take on the original form of the medieval church wings have been placed on the base of the existing stone. Simple volumes entirely covered in lead sheets that would take on the chromatic gradation that is so typical of these places: by these means the central nave and chorus have rediscovered their original place. 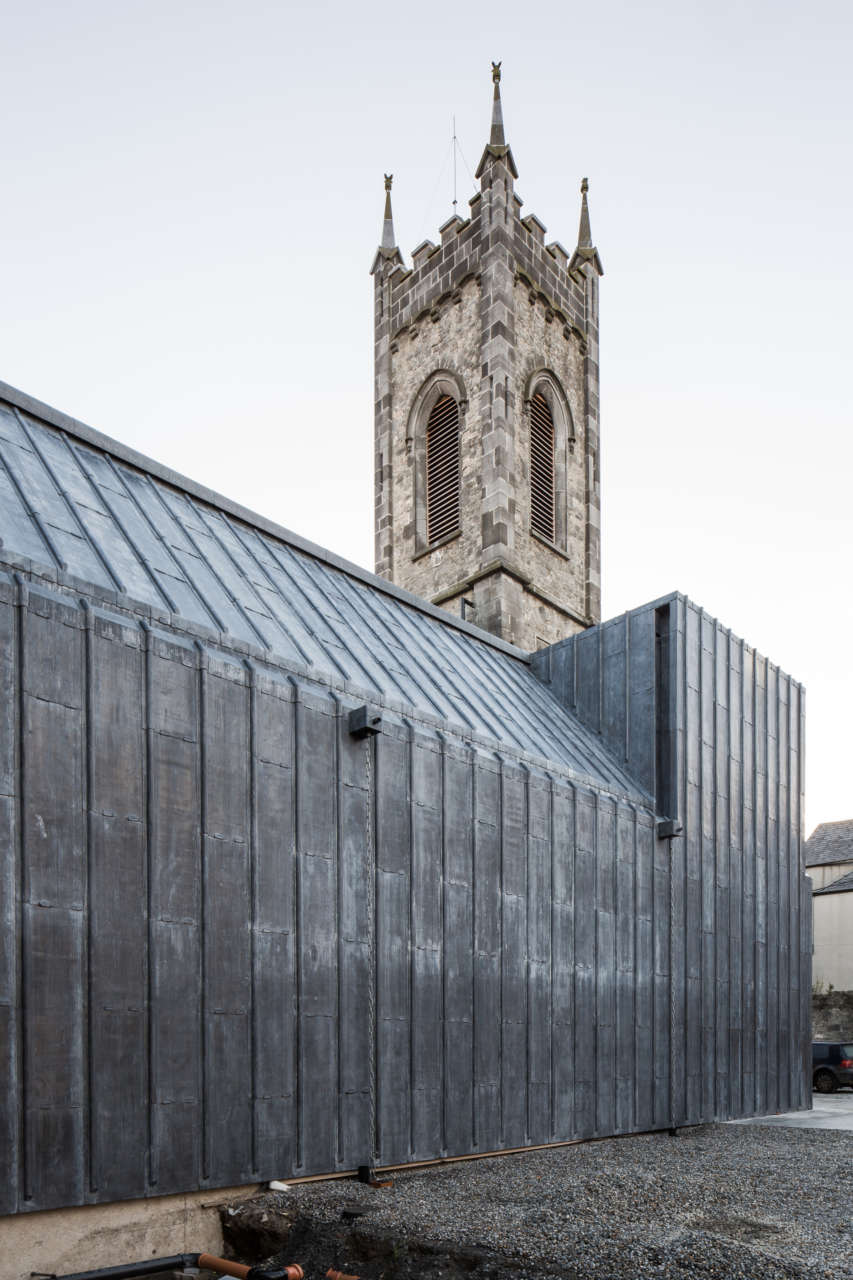 The project foresaw the transformation of the old church into a museum to house and exhibit ancient relics like large stone crosses and parts of columns. Through excavation, some tombs were also found which are now visible through a glass floor, following the wishes of the architects and administration. The intervention also plans to create a new paving in grey stone, as well as a ramp system to sign the way inside the new museum. A characteristic element of the design choice is the wish to show the construction technique of the original wooden roof through a gap in the soffit where the four arms of the original structure cross over.