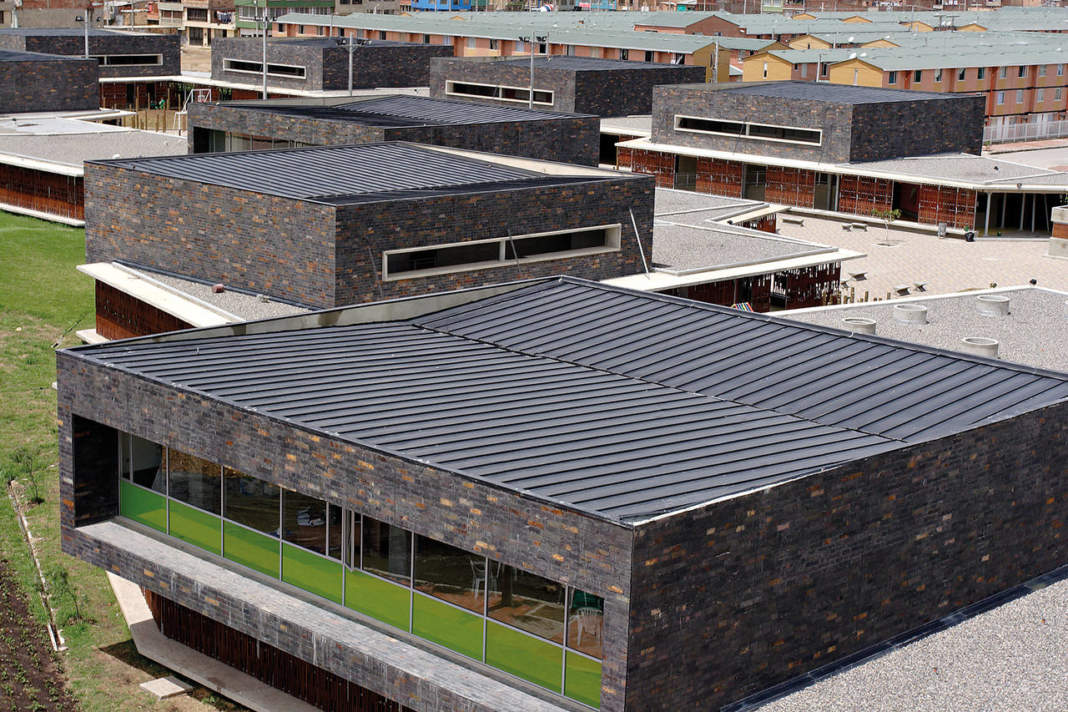 More than an isolated school, the aim is to develop an urban project that encourages new sectorial centralities with the equipments that are already being used by the school such as the library, the auditorium, the cafeteria, the support rooms for neighborhood activities. As the project will be winding and turning it will be opening to the city, leaving space for small squares and exterior parks for public usage, leaving behind the bars and walls that stereotyped education institutions as closed spaces. The conformation of small squares and green spaces with tress direct on the surrounding streets, accompanied by the auction modules, will redefine direct accesses. The borders of the institution produce the closings; the school will not have bars or walls. The project is raised as a modular system which is capable of adapting itself to the most diverse situations, whether they are topographical, urban or the result of a program. It is based on a regulated series of procedures and ordered actions and on the construction of a chain groping system skilled for intertwining and acting depending on the place, the amount of sunlight, the topography and the events. The construction of the model is based on the combination of rotated models. The latter is a unique piece system capable of developing a more complex and adaptive organized structure than the sum of the parts. The grouping system is raised as a chain construction in which each module is related with the ones beside it and element chains are produced whilst configuring ships that generate, at the same time, spaces in which unexpected and surprising diagonals and vacuums are produced, enriching the school tour and usage. The grouping system also allows the conformation of courts, streets, subsectors, gardens and tree isolations in the exterior space.